“Where justice is denied, where poverty is enforced, where ignorance prevails, and where any one class is made to feel that society is an organized conspiracy to oppress, rob and degrade them, neither persons nor property will be safe.” Frederick Douglas 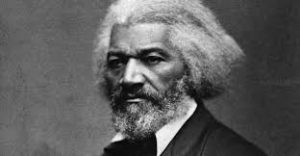 We know little of the woman Harriet Bailey. We just know she was the mother of the man that would struggle, resist, and rise to become one of America’s great thinkers and staunch abolitionists. There is every chance that she lived her whole life in harsh oppression. The baby she birthed and held in her arms somewhere in the year 1818 was probably fathered by one of the plantation owners in Talbot County, Maryland, where she was a slave. No matter the argument, there was nothing consensual about their sexual relationship. She died when he was seven years old: “She died when I was about seven years old, on one of my master’s farms, near Lee’s Mill. I was not allowed to be present during her illness, at her death, or burial. She was gone long before I knew anything about it.” (Narratives of the Life of Frederick Douglass)

Harriet was one of the millions who died at the hands of a brutal regime, an insidious ideology that upheld the notion that people could be ‘property’ based on the colour of their skin. An injustice held in place by the powers of government and religion. The theological hermeneutics of the day, informed by culture, history and social norms (the same aspects that shape our hermeneutics today) had built a sound argument from the Bible, not just defending, but praising the virtues of enslavement, marginalisation and exclusion of African Americans.

“Revivals of religion and revivals in the slave-trade go hand in hand together. The slave prison and the church stand near each other. The clanking of fetters and the rattling of chains in the prison, and the pious psalm and solemn prayer in the church, may be heard at the same time. The dealers in the bodies of men erect their stand in the presence of the pulpit, and they mutually help each other. The dealer gives his blood-stained gold to support the pulpit, and the pulpit, in return, covers his infernal business with the garb of Christianity. Here we have religion and robbery the allies of each other — devils dressed in angels’ robes, and hell presenting the semblance of paradise.” (Narratives)

It was Sophia, the wife of one of Frederick’s slaveholders who gave him a gift of a lifetime. She taught him the alphabet and he continued to learn to read from the white children in his area after her husband forbade it. This gift of a small and limited education was all that Frederick needed to fuel his passion to learn and to sharpen his arguments against slavery. He also taught other enslaved children to read. His endeavours to educate others drew the ire of his slave master and he was transferred to Edward Covey, a farmer who was known for his brutal treatment of slaves. Covey nearly broke him – but Frederick managed to escape …

“No Man can put a chain about the ankle of his fellow man without at last finding the other end fastened about his own neck.”

He escaped to New York and found refuge in the home of David Ruggles, an abolitionist. In September 1838, he married Anna Murray and they had five children together. It was during this time he changed his surname to Douglass, inspired by Sir Walter Scott’s poem “The Lady of the Lake”.

Frederick Douglass found a mentor in William Lloyd Garrison who encouraged him in his speaking and writing as he rose to leadership in the abolitionist movement. He toured the country with the American Anti-Slavery Society, giving convincing and informed speeches against the practice of slavery. Tragically he was often rewarded with violence. Once he had his hand broken when attacked. He sustained wounds that never really healed.

Douglass worked tirelessly and also became an advocate for the women’s rights movement:

“In this denial of the right to participate in government, not merely the degradation of woman and the perpetuation of a great injustice happens, but the maiming and repudiation of one-half of the moral and intellectual power of the government of the world.” (Seneca Falls Convention, New York, 1848).

But it was the flavour of Christianity of his day that drew Frederick’s greatest outrage. He drew a sharp distinction between the person of Christ and the national religion that paraded around under the name of the lowly carpenter. I will finish this blog with Frederick’s scorching rebuke … I think so much of what he said and wrote bears meaning and wisdom for us today. We should take the time to contemplate how religion influences politics in our particular settings – and is that influence Good News? Or does it enable the oppression and marginalisation of others? Selah.

“I love the pure, peaceable, and impartial Christianity of Christ: I, therefore, hate the corrupt, slaveholding, women-whipping, cradle-plundering, partial and hypocritical Christianity of this land. Indeed, I can see no reason, but the most deceitful one, for calling the religion of this land Christianity. I look upon it as the climax of all misnomers, the boldest of all frauds, and the grossest of all libels. Never was there a clearer case of “stealing the livery of the court of heaven to serve the devil in.”

I am filled with unutterable loathing when I contemplate the religious pomp and show, together with the horrible inconsistencies, which every where surround me. We have men-stealers for ministers, women- whippers for missionaries, and cradle-plunderers for church members. The man who wields the blood-clotted cow skin during the week fills the pulpit on Sunday and claims to be a minister of the meek and lowly Jesus. The man who robs me of my earnings at the end of each week meets me as a class-leader on Sunday morning, to show me the way of life, and the path of salvation. He who sells my sister, for purposes of prostitution, stands forth as the pious advocate of purity. He who proclaims it a religious duty to read the Bible denies me the right of learning to read the name of the God who made me. He who is the religious advocate of marriage robs whole millions of its sacred influence, and leaves them to the ravages of wholesale pollution.

The warm defender of the sacredness of the family relation is the same that scatters whole families, — sundering husbands and wives, parents and children, sisters and brothers, — leaving the hut vacant, and the hearth desolate. We see the thief preaching against theft, and the adulterer against adultery. We have men sold to build churches, women sold to support the gospel, and babes sold to purchase Bibles for the poor heathen! All for the glory of God and the good of souls!” 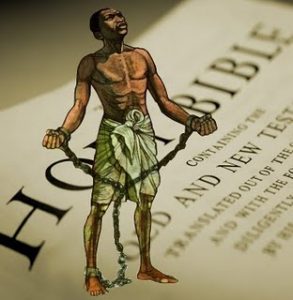