“There can be no keener revelation of a society’s soul than the way in which it treats its children.” Nelson Mandela 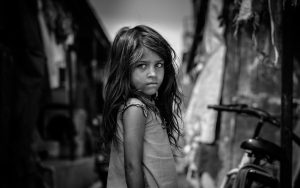 With bated breath I watched the commencement of the rescue of the Thai soccer team stuck in a cave for over two weeks. It would be very hard not to feel any empathy for these boys, their coach, their families, and the members of the rescue team who risked their lives to see these children liberated. We can only imagine what it would have felt like to be one of them, entombed in total darkness for such a long time, then discovered, and hope returns softly. And what would it have been like to be one of those family members, sitting outside the entrance of the monstrous darkness that holds captive their loved one? Being engulfed in feelings of helplessness, just waiting and trusting the people that have come to assist. No wonder the world was watching. It caught all our attention and empathy. We celebrated at the news they had all been rescued. And so we should!

Yet, as I watched the drama unfolding, there was a gnawing pain, a disturbance of conscience that will not leave me alone. It is the recognition that with every story of hope there are untold stories of despair. We may not like to hear this, yet around our blue planet children are suffering and children are dying. They “die quietly in some of the poorest villages on earth, removed from the scrutiny and the conscience of the world. Being meek and weak in life makes these dying multitudes even more invisible in death” (Global Issues). Perhaps the hardest thing to hear is that in some way we are all connected and complicit to their death. Unless we begin to recognise these painful shadows of social and economic collaboration, we will never address the systemic issues that cause their suffering. In the words of Richard Rohr, “You cannot heal what you do not acknowledge.”

Today, more than 357 million children are living in a conflict zone. That is one in six children in the world today are afflicted by conflict. Of these, 165 million are classified as living in ‘high-intensity’ conflict zones and their suffering includes: being recruited as child soldiers, sexual violence, abduction, personal attacks, denial of humanitarian access, as well as maiming and killing. If there’s a child you love in your life, take a moment to look in their eyes. There is absolutely nothing you have done that has privileged that child to be born into an environment of safety and care. Instead, in this paradox of life, that child you are looking at is likely to live in relative peace in comparison to one of the 357 million children who is now traumatised because their little eyes have seen too much.

Whether we like it or not, globalisation is a reality. We are all connected. Australia’s island status and the insular identity that it fashions through this in politics, society, and culture, is somewhat laughable but certainly imagined. We cannot simply claim global connection when it suits us economically. Instead, we also have to consider our global responsibility, especially as we have been part of conflicts that have left countries debilitated and as ongoing war zones. Children are suffering in those countries.

Poverty is, of course, another contributor to the suffering of children around the globe. Despite our wealth, the Australian Council of Social Service (ACOSS) released statistics in 2016 that showed that 731,300 children or 17.4% of all children in Australia are living in poverty – an increase of 2% over the past ten years. Children account for nearly half of the world’s extreme poor and 1 in 4 children are living in poverty in the world’s wealthiest countries. Only half of all countries in the world have child poverty data, ensuring their suffering remains invisible and a most convenient way to keep up the lies we tell ourselves!

Conflict, persecution, and poverty have been the major cause of the unprecedented rise of displaced people like we have never seen before. Considering what we know about how children are suffering through this, it would make sense that a rational response would be to enable forums of people with the necessary knowledge and skills to urgently discuss how we can address this in a global, compassionate and united way? Especially considering we are connected and complicit? Not so! Fear, slander, and control is the order of the day. From Trump’s horrendous “Zero Tolerance” policy, separating children from their parents, the trauma of which will be recorded for years to come, to the concentration-style camps that prove to be places of mental torture, that the Australian government(s) provides for the destitute. We know these policies are causing children to suffer but unlike the Thai soccer team, they do not make it to the headlines.

There really is no argument that justifies such political/social evil that puts a child in harm’s way. Any religious notions that refuse to condemn these actions, yet insist on the rights of the unborn, need to be questioned, critiqued and ultimately, dismissed. If the religious elite who hold these ideas genuinely want to save unborn children then they would also fight for a world in which all women and men can be confident that their children’s future will include education, food, and housing. They would make contraception a major issue, instead of allowing their beliefs to take precedence over the unborn child they are fighting for. As Joan Chittister put it, “I do not believe that just because you’re opposed to abortion that makes you pro-life. In fact, I think in many cases, your morality is deeply lacking if all you want is a child born but not a child fed, not a child educated, not a child housed. And why would I think that you don’t? Because you don’t want tax money to go there. That’s not pro-life. That’s pro-birth. We need a much broader conversation on what the morality of pro-life is.” Selah.

I am part of a modern society that is outraged over having their plastic bags culled at the supermarket, yet remains relatively silent at the imprisonment of children at the hands of my own government. I do not remove myself from this society. In hundreds of different ways I have enabled it. I look back and I cringe at some of the things I have done and believed. I am not ok with this. I can do better. We can do better. We can rise above the fear and the slander. We have and hold collective solutions that, if given consideration, pave a better way forward in line with values of kindness and sustainability. Like that little soccer team, huddled in the darkness, let us refuse to give up hope. In fact, let us demand that hope and the actions that give it wings, of each other.

Suffer the little children … unless we resist.
Long live the resistance. 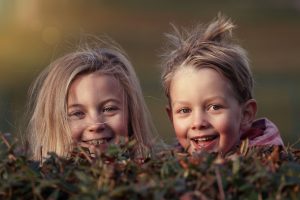