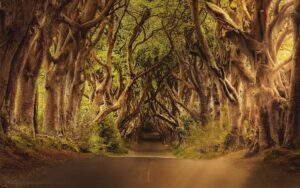 I still recall the day I walked into the schoolyard with my new pair of glasses. I was all of six years old and I would love to say that my glasses framed my delicate features. No! They didn’t! My glasses literally ate my face. They were large and goggly and I closely resembled a mini version of Professor Trelawney from Harry Potter. The glasses became the focal point (!) of the tiny village’s schoolyard jokes … but they only lasted for a week … and I could see!

I have been shortsighted all my life. Anything further than a few meters is somewhat of a blur to me if I am not wearing glasses. So over the year I have had many comical moments: trying to get into the wrong car, waving at the wrong person, following the wrong husband, greeting the wrong dog, the list is endless … I need help to see clearly …

I compensated for my lack of clear vision by having a very clear opinion about everything in life. My dad says I could have run our little village in North Germany by the time I could talk. I was ‘much muchness’, which fortunately was encouraged in my family setting, but not so much when venturing out into a world where ‘strong opinions’ held by ‘strong women’ was…well, let’s say it was too much muchness for some.

My journey with faith continued in that same gusto with which I had done everything in life – top speed, top gear, glasses on, and opinions ready. I was a whirlwind of much certainty muchness. I recall thinking ‘judgy’ thoughts about anyone who expressed doubt or questioned the absolutes served up on a platter by fundamentalism. It remained a mystery to me how someone could be skeptical when everything is so damn clear? I mean, didn’t they know that “God said it. We believe it. That settles it.” What was wrong with people?

Amidst all certainty bravado, there was also something else hounding me, growing as it remained unacknowledged. I was pursued by so many doubts! The ‘defense of faith’ that was such a strong theme in my life in the 1980s and 90s suddenly seemed absurd. What was I actually defending? I took my certainty spectacles off my privileged nose and noticed how my peripheral vision improved. There was something wrong with these glasses of absolutism – they created tunnel vision. I was fiercely defending ideologies and interpretations of scripture shaped in my culture and context and layered with the blindness of privilege.

Over a decade has passed since I began to deconstruct the effects of rigid religious indoctrination in my life and many other ideas I once held as ‘irrefutable’. Letting go of certitude and learning to ‘be’ in this liminal space of ‘unkowing’ has been one of the hardest and most freeing journeys I have undertaken. I still listen in to the conversations I once had in my first half of life. I remember what it was like to feel so absolutely ‘right’ about something. For me, however, the older I get the more I have to admit how little I actually know.

I find this space both painful and liberating. Liberating in the sense that I no longer find a need or desire to police, colonise or dominate the narrative of another. Liberating in that there is peace in the recognition of God and life as mystery. Painful because the effects of fundamentalism still chatter around my table of life, reminding me of the paths I had chosen with tunnel vision glasses, many that I regret (however, regret, too, is a sacred guest around my table).

Ultimately, I am grateful. This path of unknowing makes me tread more gently on the earth that I live on for a fleeting moment. It calls me to lay down my heavy burden of waging a Don Quixotian war against ‘threatening’ windmills, and embrace a higher law of love. St Paul was right. We really do look at the world through dark, blurry glasses, and yet our opinions and demands about what we ‘see’ has so often harmed and hurt others. I am taking a chance in this space of unknowing that St Paul was also right about love being the greatest of all … and every day, despite my fears, I find that love is quite enough…

“The world, even the smallest parts of it, is filled with things you don’t know.” (Sherman Alexie) 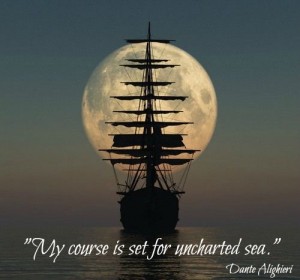