There are all kinds of addicts, I guess. We all have pain. And we all look for ways to make the pain go away.
– Sherman Alexie – 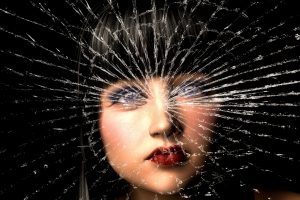 In a recent conversation with a friend on the topic of liminality and religion, I entered a path of greater self-discovery. The question he posed that allowed me to enlarge the narrative I tell myself about myself was this: “You speak of being in a form of conservative, religious fundamentalism for thirty years – what you need to ask yourself was what drew you there in the first place?”

It’s a good question. What draws us into spaces of community and belonging? Why do we hang around even when we realise that the values we hold have become juxtaposed to the policies of an organisation? And, specifically, what is it especially about religious communities that make it extremely difficult to discern that the time has come to say goodbye?

The question took me back to my childhood and the recognition from a young age that although I grew up in a loving and encouraging home this was not the reality for many other people. My parents did not shield me from the realisation that this world holds much suffering – something I would witness first hand when we moved to Africa. My pre-liminal space was one that recognised chaos … and as a young person, I yearned for order and structure. I was a prime candidate for the zealous, orderly world of fundamentalism.

In an upcoming book by Tim Carson, I will share more deeply about this experience (thank you, Tim, for the opportunity to contribute). Looking back, I recognise the longing that led me to structure and the addiction that kept me there – an addiction to certitude.

The black and white world of literalism, “The Bible says it, I believe it, that settles it”, became my ‘God drug’. I was convinced that I, and the tradition I was part of, held the truth and needed to save the souls of those who did not share this euphoric space of transcendence. I became a zealot – a zealot with the privilege of a platform. I used it to speak of absolutes around the world … and I was cheered on, fuelling my dependence on certainty.

In those days I had no room in my life for paradox – questions and doubts were tucked away and hidden. They were not to be spoken of as I did not want to upset this wonderful world I was in … a world where everything was ‘awesome’. A world that had created order out of my chaos, provided foolproof answers to my yearning and showed me a clear and triumphant way. Certitude, like the matrix, is an intoxicating hyper-reality.

This week I was reminded of my addiction. A cruel tweet from a religious leader against the rainbow community triggered me and I responded with outrage. Amidst the comments on my facebook page, a friend (Daniels Sims) wrote, “I feel for him (religious leader). I really do. It is hard to be saved from behind a wall of certitude.” His words struck such a deep chord with me.

How hard it is to be saved from behind a wall of certitude! That was me … for nearly three decades. I partook and was complicit in supplying the drugs needed to keep our certainty addiction alive and with it dulled some of the discomforts that derive from ‘not knowing’ and embracing mystery. Certitude provides us with all the answers we need to live a cloistered life of dogmatism, perhaps because the alternative is just too scary and difficult.

I look at my life now – what a far cry from the young, impassioned, self-assured, and absolutely convinced person I once was. Most of the time I am not certain and mystery has now become a dear friend. Like any recovering addict, I am still drawn to certainty but I now realise that just like the idea of normality, certainty is a myth. What St Paul wrote is true, we look at the world through a dark, smokey glass. To proclaim anything else is presumption … to recognise it is to walk with humility and compassion.

So, friend, if you, like me, have identified your addiction and need for certitude, perhaps we can sit around a virtual room of belonging together and proclaim: “I am *insert name* and I am a certitude addict.” And then smile and realise that here too, grace abounds and is sufficient. 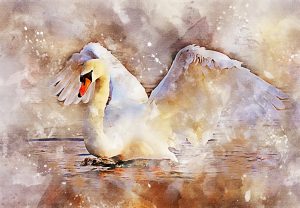 A paradox is a seeming contradiction, always demanding a change on the side of the observer. If we look at almost all things honestly we see everything has a character of paradox to it. Everything, including ourselves. – Richard Rohr –