“If I had influence with the good angel who is supposed to preside over the christening of all children, I should ask that her gift to each child in the world would be a sense of wonder so indestructible that it would last throughout life as an unfailing antidote against boredom and disenchantments of later years, the sterile preoccupation with things that are artificial, the alienation from the sources of our strength.”

– Rachel Carson (The Sense of Wonder) – 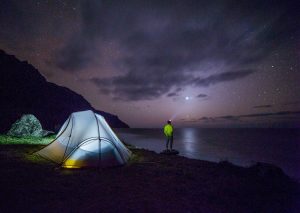 I spent my early years in a small village in northern Germany. A village surrounded by endless pine forests that my parents and I would regularly walk through. To me, it was an enchanted forest. From the large ant-hills with their complex and intricate architecture on which my Oma would lay her handkerchief on the way into the forest only to retrieve it afterwards smelling sour (meant to be good for the sinuses?!) to the many creatures that called that forest home, it filled me with a sense of wonder.

Adam Smith, the 18th-century Scottish moral philosopher, defines wonder as something that arises within our emotions when “something quite new and singular is presented … and memory cannot, from all its stores, cast up any image that nearly resembles this strange appearance.” It is a feeling of surprise and admiration when we experience something beautiful, unexpected, unfamiliar, or inexplicable. Wonder is intrinsic to human nature, engaging our curiosity and nurturing our creativity. Descartes called wonder our most fundamental emotion.

Wonder unites science, religion and art. It draws on us emotionally, creatively and instils reverence. Robert Fuller, professor of religious studies at Bradley University in Illinois, says that wonder is “one of the principal human experiences that lead to belief in an unseen order.” Environmentalist Rachel Carson argues that we have an inborn sense of wonder, manifested and prevalent in children. She writes, “If a child is to keep alive their inborn sense of wonder, they need the companionship of at least one adult who can share it, rediscovering with them the joy, excitement, and mystery of the world we live in …” In a world that is becoming increasingly dogmatic, operating from a stagnant black and white perspective, I lament that we are experiencing a scarcity of wonder in our speed-driven, technology-addicted, and artificially-stimulated world! 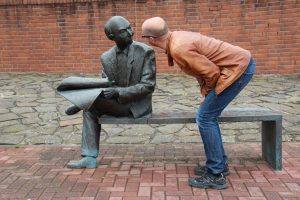 Our developed world suffers from excess-syndrome. We have the level and benefits of health and wealth that our ancestors could not even imagine. Today’s ill health is often caused by excess itself as we gorge ourselves on the bounty that capitalism has provided on the backs of our poorer global neighbours. Yet with all the excess we have not only become increasingly dissatisfied, but fearful, cynical, anxious, paranoid and selfish. The wonder that a walk in a forest may bring, has now become a distant memory. At times it is felt through a sense of nostalgia evoked by the rare poem we read when time permits.

The religious sphere in many parts of the world has been hijacked by a blistering, blustering and self-righteous form of fundamentalism that prides itself on being ‘right’. This form of imagined and desired moral absolutism has reduced the mystery of God to a spreadsheet of culturally preferred yes-and-no answers that have created a tribal shame culture where wonder has been ridiculed and alienated. Sadly, it is this religious space that is shaping so much of the next generation’s worldview, impacting on their perspective and wonder.

C.K. Chesterton said that we are perishing from lack of wonder, not for the lack of wonders. Mike Yaconelli wrote, “Children live in a world of dreams and imagination, a world of aliveness … There is a voice of wonder and amazement inside of all of us, but we grow to realise we can no longer hear it …” It is time to have a wonder renaissance!

Maybe it is time you reclaim your human birthright of wonder? Maybe you lost it because your sense of wonder was ridiculed? Or analysed? Or prohibited? When was the last time you stared into the fathomless night sky and wondered? When did you last listen to a piece of music that moved you to tears and made you wonder about what it really means to be fully human? In these uncertain times where so many of the messages we receive on a daily basis are filled with gloom and dread, may you again find the courage to wonder. May this wonder bring you joy.

The root of the word “educate” meant “to care” – a caring that flows naturally from a deep feeling for the world. This kind of care seems to embody a type of wisdom that has nothing to do with information or knowledge in its restricted sense. Our connection to the world is not through information about it, but through a sense of wonder. How long since the cry of insects and the sight of the setting sun brought us deeply into ourselves?
– John Wilson (Reflections on Everyday Life)

4 thoughts on “The Scarcity of Wonder in our Black-and-White, Know-it-All World”