This article is written by Nathan Despott.

As a gay person raised in a Catholic home, but who spent his late teens and 20s in Melbourne’s evangelical community, the image of a large church with arms open to welcome LGBTIQA+ people is familiar but foreboding. Most of my experience in the ex-gay or “conversion” movement was through long-term involvement in loving and warm local Christian communities that, rather than condemn my sexuality, lovingly intimated that I was “broken”. My ten-year quest for healing was all-consuming and overwhelming.

Since leaving the movement in 2010, it has been morbidly fascinating to watch most formal ex-gay/ex-trans/conversion programs shut their doors, often replaced by celibacy movements and a new wave of churches that call themselves “welcoming but not affirming”.

“Welcoming”, a paradoxical halfway between “condemning” and “affirming”, is the point whereby a church shifts from viewing LGBTIQA+ people as utterly intolerable, instead viewing them as “broken” and in need of gracious support. LGBTIQA+ members often experience close fellowship here, but cannot usually hold positions of leadership or, in some cases, work with young people and children. Researcher Mark Jennings found that most of the Pentecostal/charismatic religious leaders he spoke to held a “welcoming” position.

The recent Preventing Harm, Promoting Justice report (Human Rights Law Centre/La Trobe University, Melbourne) indicates that “while the ‘welcoming but not affirming’ posture appears less hostile than overt opposition to LGBT rights, when its ‘not affirming’ aspects are withheld or disguised… it can be deeply harmful.”

“Welcoming” churches and the conversion movement share a view of sexual orientation and gender as being distinct from their expression (or “practice”). However, this distinction is relatively recent. It is certainly anachronistic to read scripture in this light. The word “homosexual” did not appear in bible translations until the mid-20th century. Modern “homosexuality” was demarcated by early psychoanalysts in late 19th century Europe, viewed as simultaneously intriguing and problematic for roughly a hundred years, then removed from the DSM in 1973.

The Preventing Harm report traces the development of the conversion movement and its ideology of “brokenness” from this point to the present day, where it has become virtually the mainstream lens through which evangelical communities – whether focused on orientation change or celibacy – engage LGBTIQA+ people.

The SOCE Survivor Statement, released by an Australian coalition of affirming organisations in September, outlined the core pseudo-scientific tenets of the ex-gay/ex-trans/conversion movement. While prime minister Scott Morrison responded by declaring that “conversion therapy is not an issue for me”, so central to the faith of a small number of “purity” groups (read: celibacy for queer people) was the “brokenness” ideology that they saw the Statement as an attack on their religious freedom.

Preventing Harm and the SOCE Survivor Statement present the conversion movement not merely as a type of therapy but as a broad movement that invests significant resources and energy in transmitting an ideology of “brokenness” through myriad channels and activities. Both reports recommend legislative interventions, tighter educational controls, regulatory measures for practice, improved media and broadcast standards, and support for survivors.

“Affirming” is distinct from welcoming. Responding to pastors who considered their churches to be “affirming” following a shift from condemnation to support, survivor support and advocacy group Brave Network Melbourne developed a model statement of affirmation. Could pastors and their leadership teams (and their online communications) readily state “We believe LGBTIQA+ people are a loved and essential part of God’s intended human diversity”? Many could not.

Do not misunderstand me. For some of these churches, their forward movement is honourable. Theologically and personally, their journey has been significant – particularly if their welcoming stance has led to rejection from conservative brethren. However, for LGBTIQA+ people of faith, the safety line lies between “welcoming” and “affirming”. While welcoming churches may have opened their arms to LGBTIQA+ people or even actively shunned the conversion movement in favour of celibacy, only affirming churches have completely rejected the “brokenness” ideology and made the theological and pastoral shift to full equality – and therefore safety – for LGBTIQA+ people.

Brave Network and similar organisations have openly called on churches to explicitly declare their theological stance regarding LGBTIQA+ people rather than engaging in ambiguities such as “welcoming but not affirming”, which is widely seen as code for “you’re broken but we still love you”. This would prevent people of faith spending years ensconced in communities that slowly erode their mental health. This is because, as LGBT Christian blogger Kevin Garcia states, “welcoming but not affirming is not welcoming at all”.

To learn more about LGBTIQA+ affirmation and the church, check out Walking the Bridgeless Canyon by celebrated ally Kathy Baldock, Changing our Mind by Dr David Gushee, and Undivided by Vicky Beeching. If you are in need of safe affirming organisations, check out One Body One Faith, Affirm or Two:23 in the UK, Equal Voices or Brave Network in Australia, Q Christian Fellowship or the Reformation Project in the US.

There is a growing number of affirming churches – from progressive to evangelical and every denomination in between – across the world. LGBTIQA+ Christians visiting an “affirming” community for the first time can use a statement like the Brave Network statement of affirmation above as a litmus test.

(Nathan Despott is a co-leader of Brave Network Melbourne and works as a research and development manager in the intellectual disability sector in Australia. He thanks Australian LGBTIQA+ advocates and allies Chris Csabs, Nicole Conner and Michelle Eastwood for their contributions to this piece.) 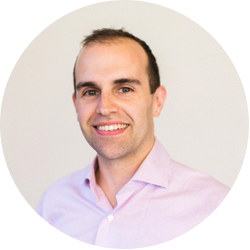