Skip to content
Two roads diverged in a wood and I – I took the one less traveled by, and that has made all the difference.
– Robert Frost – 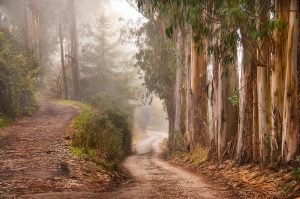 The ‘road less travelled’ is an alluring and romantic notion. It’s the idea that we can take steps out of our secure boundaries from time to time and feel like a dare devil. If this venture goes relatively well we may try it again and we may even become ‘heroes’ or ‘courageous’ in the eyes of others … until we fail!
The fear of failure keeps the masses at bay. It is one of the most powerful tools of rhetoric, regularly accessed by political and religious leaders. Everyone wants everything to be ‘great’ – we want to make everything great again. Triumph, success, adulation – the opium of the masses of the developed world.
In the faith tradition that I embraced like a zealot in my first half of life, triumph was the goal. We were encouraged to step out in order to ‘walk on water’ or ‘break the boundaries’ or ‘slay the giants’. ‘Live on the edge and God will bless you’ was the modus operandi. If you bought into the persuasive, manipulative garble of some, you would be convinced that only success matters. You will eventually become wealthy, healthy and wise. You will not fail. 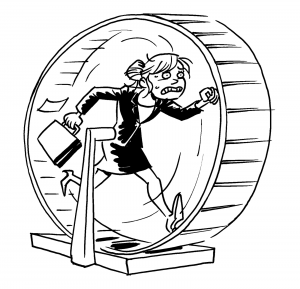 The fear of failure is a tenacious force in many social structures, especially modern Pentecostalism. Failure, for many, would be a sign of God’s disapproval. It would be a given that if you took a step into the unknown, into a path of ‘faith’, then God is obliged to ‘bless’ you. The thought of not being ‘blessed’ can seriously risk your status, identity and belonging in these religious social groups. That thought is simply awful. That’s why it remains a ‘road less travelled’.
But what, if just for a moment, we would consider that failure, just like grief, sorrow and disappointment, is really not our enemy? What if we were to grasp that the success-treadmill-mentality that lies so deeply embedded because of a thousand different clever messages thrown at us every day, that this treadmill can be abandoned? What if, despite the disapproval of our community, we adopted a sort of quixotic lunacy and fight for what we believe, even if it means failure? How would we live then?
Perhaps it is time to take another look at this perceived, scary fiend called ‘failure’. What if we were to have a cup of coffee with failure and discuss some of our deepest hopes and dreams? We may come to realise that making failure a friend allows us to live life in a manner that evades most – with the freedom to pursue the most difficult of dreams because we value them more than success.
If we only act because there is a great likelihood that we will succeed then we will live relatively safe, confined lives. And perhaps that is satisfactory to many. But I find that the success treadmill is a constraint when we want to live from a place of value and ethics because the success treadmill creates constant value transgressions. The value of my endeavours cannot be determined by the odds of success. I have to face the fact that negative consequences may be a result of my most daring adventures. And that’s ok! 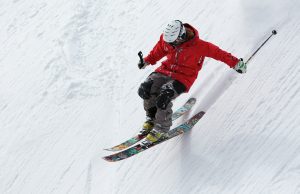 So can I suggest that you investigate your relationship with failure. As an only child and a One on the enneagram, mine is a rather precarious one. However, I am learning that failure is not my adversary, no matter what the success-addicted crowd thinks. In stark contrast to popular opinion, I am finding that the more I embrace this strange companion, the more I live life from the inner sanctum of authenticity and freedom.
Remember, dear friend, there are many lofty goals worth far more than success – pursue them!
“You can measure your worth by your dedication to your path, not by your successes or failures.” – Elizabeth Gilbert –

10 thoughts on “Want to Walk the Road Less Travelled? Get off the Success Treadmill!”