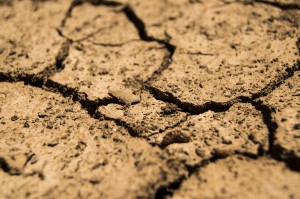 It was over seven years ago that we began to build a new home in a semi-rural part of Melbourne. Building on a slope presented its own set of challenges. Large portions of slopes that needed to be turned into garden was one of them.

In my frenzy to create order out of chaos, I put down tons of old, woollen carpet that I had elegantly and ceremoniously dumpster-dived out of local carpet factory dumpsters. This was a great idea, as the organic nature of wool slowly decomposes. However, when the carpet ran out, I bought plastic weed mat. My father, who has only established several umpteen gardens, warned against this. But I wanted a neat, weed-free garden.

Fast forward seven years. What have I been doing with my spare time in the garden? Removing those same layers of weed mat that I’d installed seven years earlier! Weed mat that looks as fresh as the day I put it in – no decomposition. Why am I taking the time, swearing silently in German at my own stupidity, to cut this stuff out? It created a ‘neat’ garden – and a dead garden.

The places where I had put weed mat were suffering. It took me a long time to realise that it was this plastic invader that created a sterile environment. Plants that I chose to place in my garden still grew (I had cut holes into the weed mat when I planted them), but the earth smelt dead. There was no thriving eco-system like the rest of my garden. So my beloved partner presented me with a new, large Stanley knife and I have been undoing my doing. The need for order and a clean, effortless garden, ended up killing life. 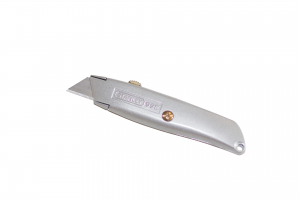 So as I am pulling out this weed mat, I am reflecting how in our modern, time-starved, capitalist society we tend to weed mat our lives. It is easier to shut down ideas, creativity, interaction with messy humanity, or innovation, than to let these grow and develop in organic, full-of-risk manners. It is easier to create a corporate culture of water-tight, weed matted  policies, than to consider unique ideas. It’s easier to create hierarchical religious systems that weed mat thought and behaviour, than to create a community of mutuality and open dialogue. It is easier to allow our minds to be hooked to a dictated, re-gurgitated, unexamined set of paradigms, than to ever step into a place of difficult questions. Weed mat creates order and an appearance of success.

Weeds are annoying. They are time consuming. Weeds are also, as I have since discovered, an indicator of health and healing. In the seven years we have lived here, my father, who lives with us, has taught us how many of these ‘weeds’ hold healing properties, like dandelion and epilobium. There are also noxious weeds that threaten our native biodiversity and need to be controlled. Slabs of weed mat provided a tempting solution, but in the long-term, created greater problems. If I wanted a garden, I had to care for a garden. There were no short cuts.

Friend, let’s take time to consider our lives. Have you placed some weed mat into your world, all with good intentions, only to realise that it has affected the quality of your life and well-being? Where have you hastily laid weed mat to try and ignore, perhaps a painful part of your life or history? If you are in a position of leadership or management, have you fallen into the weed mat trap? The tendency to discourage and shut down innovation before it has time to breathe? It is so easy to do. What about if you are a person of faith? Have you placed weed mat over your mind? Have you allowed other people to dictate to you exactly what to believe and how to behave because it is so much easier than doing the hard yards of critical thinking?

In a world where success and order is worshipped, weed mat provides the perfect solution … for a while. Until you realise that you are standing in a sterile field of your own making. Stanley knife anyone? 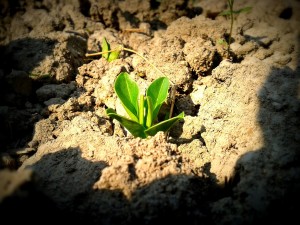