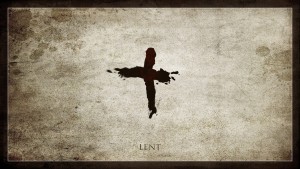 This Wednesday, 10th February 2016, is Ash Wednesday and the beginning of Lent. Lent is a season on the liturgical calendar which is observed by many Christian faith tradition. It ends on Easter Sunday. Lent commemorates the beginning of Jesus’ forty days of fasting and temptation in the desert, while Easter Sunday remembers his resurrection. For many Christians it is a season of preparation for Easter. It is a time of fasting, repentance, and moderation; giving time to reflect on the suffering and sacrifice of Jesus.
Lent is one of the oldest observations on the Christian calendar. Irenaus of Lyons (c. 130 – c.200) wrote of such a season, although back then it lasted only several days, not forty. However, it’s purpose has always remained the same: a season of self-examination, penitence, and self-denial. It was the Council of Nicea, in 325 AD, that discussed a forty day period of fasting.
The world Lent implies ‘forty’: quaresima. In English, it also has another derivation. It comes from the Anglo-Saxon (early English) world meaning ‘to lengthen’. In the Northern Hemisphere, it occurs at a time when hours and days are lengthening as Spring approaches and Christians have applied this to an understanding of ‘lengthening’ or growing spiritually. It is also a time to remember that, despite the many divisions, Christians are more united than divided. Lent is very ecumenical, reminding the observer that it was a united Church at the council of Nicae to which it traces some of its formal origin. Lent provides Christians an opportunity to celebrate the Eastern roots of their faith.
Lent is both a season of joy and of preparation. It follows the rhythm of life in so many ways, from suffering to silence to triumph. The colour purple is prevalent in Lent, signifying penance and hope. Red is symbolic of the sacrifice of Good Friday, whilst white celebrates Christ’s triumph. A point of difference between the Eastern and Western observances is that while in the West the chanting of Alleluia ceases during Lent, in the East it is increased. The Eastern churches focus on the hope of God’s forgiveness.
So how about you in this season of Lent? Perhaps you are not a person who holds to any particular faith, but the idea of Lent intrigues you. There is a growing number of non-religious people using the Lent season to focus on growth and kick some bad habits. Some are drawn to the spiritual practice of doubt. There are numerous articles on this topic and a whole course by Peter Rollins.
For those who share a Christian faith, you may wish to follow a Lenten Devotional. Prayer is a central focus during this time. Self-denial and acts of service remind those who hold to Lent that ‘the other’ is deeply loved by God and that the self-centred focus of modern culture makes for shallow living. What will you give up to remind yourself of this? How will you serve, especially those on the margins of society? 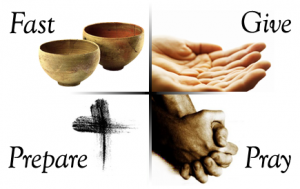 Lent is not another task for us to do or a box for us to tick. It is something we can partake of and celebrate. We can also ignore it altogether. Whatever you decide, may these next forty days be filled with unexpected surprises. May you find moments of great joy. May your soul be ‘lengthened’ and your heart full. May you heed the summons to live anew.