Dear reader, please be aware that this blog post is a continuation from Part One.
… The story of Philip and the Eunuch encourages us to pay attention to God’s Spirit in our lives. It also serves as an important reminder that every human being is loved by God and made in God’s image.
Philip demonstrates great courage as he begins to run next to a presumably heavily armed chariot (remember, the Eunuch was a treasurer) to listen to his questions and engage in his life’s story.
Question 1 (Philip): “Do you understand what you are reading?”
Philip, who has now become an ‘alongsider’ to the Eunuch, is listening to him read from the book of the prophet Isaiah. Prophetic narrative is a most difficult genre for even a seasoned scholar. The Eunuch is reading aloud, a normal practice for people of antiquity. Philip shows concern that perhaps the eunuch does not fully comprehend exactly what Isaiah is saying. He is right.
Question 2 (Eunuch): “How can I understand unless someone explains it to me?”
The Eunuch invites Philip to sit with him in his chariot. He invites him to be a spiritual mentor. Like the Eunuch, our faith, cannot be completely understood unless we live it out within community.
It is interesting to take a moment at this point and consider a couple of things:
One, that the whole encounter in the desert was not ‘orchestrated’ or ‘planned’ by human effort. It was one of those Divine providential moments of life.
Two, Philip responded to the moment with courage and humility. Unlike so much of what we see outworking itself in the rhetoric of modern day Christianity, yelling at people from the many social media platforms with a politicised, arrogant, Messiah-complex tone, Philip comes alongside with love and attentiveness.
What sort of transformation must have occurred in Philip’s life! From a young age he would have been raised as an observant Jew and people like the Eunuch were outside his paradigm. They were the outcasts. This encounter was not just a ‘conversion experience’ for the Eunuch, but for Philip as well. Conversion is not something that happens just once in our lives!
And so Philip begins to explain the Scripture from which the Eunuch is reading:
“Like a sheep he was led to the slaughter,and like a lamb silent before its shearer, so he does not open his mouth. In his humiliation justice was denied him. Who can describe his generation? For his life is taken away from the earth.” Isaiah 53
I doubt very much that his reading of Isaiah 53 was mere ‘coincidence’ …
Part Three and the final questions will all be in the next blog post.
“The gospel is not just the illustration (even the best illustration) of an idea. It is the story of actions by which the human situation is irreversibly changed.” Lesslie Newbigin,The Gospel in a Pluralist Society 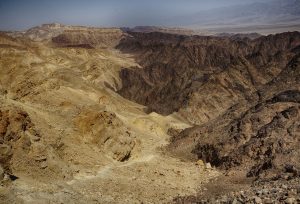