This is a blog post from 2 years ago. As I travel Germany and am confronted by the many monuments that remember the holocaust and persecuted minorities, I am again aware of the fundamental role that dominant religions often play in oppressive regimes. May we never forget.

I still remember the feeling of stifling hot air hitting my face as we disembarked from our long journey at Jan Smuts International Airport (now O.R. Tambo International Airport), in Johannesburg, South Africa. It was the early 70’s. State President J.J. Fouché, Prime Minister B.J. Forster, and the National Party were in power. We had started our arduous trek from Frankfurt, Germany, after many months of preparation to migrate to this southernmost African Republic. For a tiny seven year old, the world had just become a whole lot bigger. 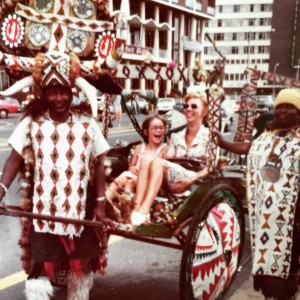 Mum and I – Durban, South Africa

Amidst the many new experiences, language gaps, huge learning curves and cultural differences, one phenomenon stood head and shoulders above all others: Apartheid. Apartheid was a political and social system that protected the dominant rule of the 20% white minority through racial segregation. The term literally means ‘apartness’.  Although racial discrimination has deep roots in South Africa, it was D.F. Malan and the National Party who formerly established the racist system when they swept into power in 1948 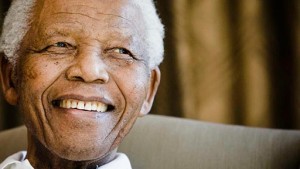 . It was toppled in 1994, with the appointment of South Africa’s first democratically elected, black President, Nelson Mandela.

The injustice of a system that discriminated people by the colour of their skin felt like a cultural tsunami to freshly arrived, wide-eyed immigrants. Yet for many people who had lived in and under that system, especially those who benefitted from it, it seemed a ‘normal’ part of everyday life. The memories of what I witnessed under apartheid do not diminish with time: the beating of a man until he was bloodied, bruised and motionless, by a neighbour who thought he should not be in the ‘white’ part of town; the anger directed at my friends of colour when they stepped too close to the drinking fountains that were designated ‘whites only’; and the squalid, overcrowded townships with their tiny ‘match box houses’.

South Africa came under the rule of the English and Dutch in the seventeenth century. Christianity played a major role in the shaping of colonised South Africa. But it was in the twentieth century that many churches started actively promoting racial division. The largest of the various denominations, the Dutch Reformed Church (Nederduitse Gereformeerde Kerk – NGK), became the ‘official religion’ of the National Party during the apartheid era. Fear ruled the day. A white minority began to increasingly feel that their own existence was threatened. Church doctrine and beliefs were fashioned to uphold a political ideology of segregation. 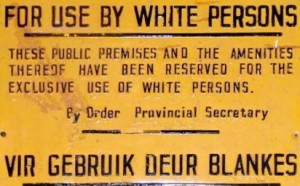 The Bible became the central tool for apartheid dogma. Genesis 11 was used to argue that God divided humanity into different races, with the white race being superior. Difficult Bible verses such as Galatians 3:28, where the Apostle Paul presents the Gospel as breaking down barriers of division, were adapted to claim that he was addressing spiritual, not physical, equality. This teaching became so entrenched that many believed that South Africa’s apartheid was God’s will, that races should be kept apart, that whites had better opportunities because they were ‘favoured’ by God, and that above all, God was the ‘Great Divider’. One of the first laws to come into legislation under the apartheid regime was the Prohibition of Mixed Marriages Act, banning the marriage of a white person to a person of any other colour. It was believed that these relationships were sinful, an idea that had been fuelled by the passing of the 1927 Immorality Act, which prohibited sexual relations between white people and that of other races. During the late 1970’s and through the 1980’s, enthusiasm for apartheid theology began to wane amongst followers, yet many church leaders remained fervent adherers to the apartheid doctrine. At this point, it is also important to mention that there were numerous churches and church leaders who stood in fierce opposition to apartheid.

Gradually societal paradigms began to shift. The work and words of many anti-apartheid advocates was beginning to fall on more receptive ears. The effect of having black South Africans form the majority in all church denominations, except the Dutch Reformed Church, cannot be underestimated. Slowly, and facing much criticism, more church leaders began to speak out against apartheid. The South African Council of Churches became one of the most effective anti-apartheid organisation. Pentecostal churches tended to be more conservative than the older, more established, churches. They expressed vague ideas about the racial dilemma, indicating that God was the only hope for the future. 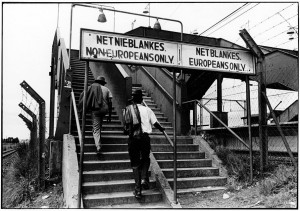 The Conservative Right, concerned about the growing acceptance of anti-apartheid ideology and the effect of foreign investment boycotts, organised themselves into new groups, like the ‘Christian Forum’, to protest sanctions. The founder of ‘Open Door Ministry’, Brother Andrew, distributed comic tracts in English and Afrikaans to South African defence troops, claiming  that the anti-apartheid struggle was an invasion of ‘communism’ against ‘democracy’, and the final contest between Christ and the Anti-Christ. His ideas, that South Africa had a mission to evangelise all of Africa, and that the international movement for economic sanctions was a ploy of Satan “to isolate South Africa to prevent it from fulfilling its divine commission”, resonated with many. Of course, it is important to remember that pro-apartheid support was also found amongst many high-profiled Christians in the USA, such as President Reagan, Jerry Falwell, Jimmy Swaggart and Pat Robertson. To this day there are still pro-apartheid advocates who argue that the struggle against apartheid was sinful, and that people who were involved need to ‘repent or face the wrath of God’.

At the heart of it all, apartheid was a radical survival plan. It was the construction of a deeply nationalistic and religious Afrikaner minority group who were terrified of being subjugated by another people and culturally swamped by black Africans. It was this fear that gave apartheid its impetus. The renown Afrikaans poet, N.P. van Wyk Louw, supported apartheid because he, like many others, believed that integration meant Afrikaner National suicide. Fear propaganda reached fever pitch as the walls of segregation began to tumble rather quickly in the late 80’s. Pro-apartheid arguments became shrill and hysterical, a rather common occurrence when dominating powers begin to fall.

The rise and fall of apartheid shows the social and political power of religious movements. God is often claimed and ordained by the various religious voices seeking to present their perspective as right and true. “God is on my side” is perhaps one of the most comforting and often deceptive notions of the religious faithful. Deceptive, especially when it propagates oppression, violence and discrimination against other people in the name of God, claiming their suffering is unavoidable and “for the greater good”. 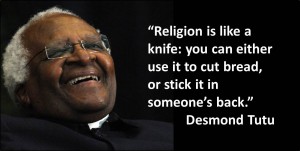 Apartheid, at one stage in earlier South African history, was just an idea. An idea to control a large people group. An idea that would have been difficult to embody without the assistance of religion. Religion provided the ‘divine mandate’ that the idea needed to become a force – a force that brought years of injustice. We need to consider that Christianity, or an ideology based on Christianity, played a central role in this oppressive regime. This is rather ironic considering that Christianity itself began not as a religion, but with a persecuted minority group desperately trying to follow the teaching of a lowly carpenter. A man who became such a threat to the dominant social and political order that he was executed. It was not until Constantine that Christianity became acquainted with political power and a dramatic change occurred. Richard Rohr puts it this way: “Overnight the Church moved from the bottom to the top, literally from the catacombs to the basilicas.” Christianity became the religion of the empire and was no longer at the very bottom of society,  which is the best vantage point to “understand the liberating power of the Gospel for both the individual and society.” With power, wealth and nobility, Christianity began to deviate from the simple teaching of Christ, whose concern for the poor, downtrodden and marginalised, was evident in his ministry. Apartheid serves as an example of what happens when our ideas about God are driven by an agenda of control and dominion, conveniently hidden under religious robes of moral piety. 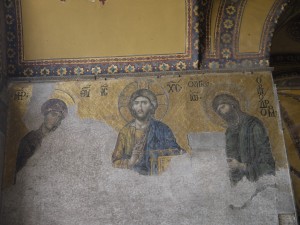 This is a most chilling lesson indeed, that if we are not careful, our very notions about God can be misplaced, and instead of bringing life and freedom, become a tool in the hand of the oppressor. History is not short of examples.

For to be free is not merely to cast off one’s chains, but to live in a way that respects and enhances the freedom of others. – Nelson Mandela