“Our hearts of stone become hearts of flesh when we learn where the outcast weeps.” Brennan Manning 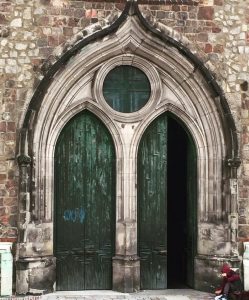 I remember walking through the doors of a house we had built in semi-rural Melbourne. It was a home that in years ahead would be the place where many friends and family members would gather – a place of welcome, tears, laughter, food and stories. I loved that home. It was a place that I wanted to grow old in. But it was not to be. The day came that a SOLD sign went up outside the gates, boxes were packed and I took one last look at the magnificent garden that had been a labour of love for my partner, my dad and I. It was so hard to say goodbye.

This can be incredibly difficult when the commentary in these places is one of welcome, belonging and unconditional love. Places where you have been led to believe that you matter, only to have that change in a moment, can have devastating repercussions. Let me share a story with you – and, yes, the name of this person has been changed.

I knew Harry from when he was little. He used to be in the same Sunday school class as one of my children. I did not know him well – enough to say hello and recognise the various family members. Harry grew up in the faith community I came to as an adult. He had only ever known this place as a spiritual home and the people were his spiritual family. He grew into a young man who became part of the youth group; a strong, dedicated leader, adored by those he cared for on a pastoral level. It all changed overnight.

Harry was gay. It took him a very long time to come to grips with his orientation and the consequences this would have in a conservative religious setting, not only for himself, but also for his family. It was handled kindly at first. Harry was allowed to continue leading, even amidst complaints from concerned parents as word got out. Eventually, Harry fell in love. This was problematic. Harry could no longer lead and was ‘relieved’ from all his responsibility. In an instant he went from a contributing member of the community to a ‘problem’.

Harry tried very hard to keep connected and involved – an impossible task in an environment where someone like him is viewed with great suspicion and concern. Sheepish smiles and general avoidance was probably the only way most community members knew how to handle Harry’s exile. He tried desperately to convince people that nothing had changed – he was still the same Harry they had known, loved and trusted for nearly twenty years. But for Harry, like many others, his status had changed from ‘human’ to ‘issue’. His parents received sympathetic looks and offers for prayer. They rejected them all. Harry’s decision to come out and live authentically, and to fall in love, now meant a whole family somehow found themselves on the margins. The family eventually left the church.

“There are other churches he can go to,” was the comment made when concerns were raised. I wonder whether people really understood the heartache of being forced out of your community simply because of being true to who you are? I wonder whether anyone understood the pain of rejection that Harry had to face and how this haunted him for years to come? I wonder what these concerned parents, that complained about Harry, will do and say when one of their children or grandchildren come out to them?

There are some places we hope will hold us and truly ‘see’ us in times of vulnerability, but that is not always the case. We can stay, endure and hope, but that comes at a price. For LGBTIQ people raised or existing in non-accepting or homophobic spaces, the price is highlighted in the horrific statistics of mental health, self-harm, rejection and suicide. It is extremely difficult to ‘hang around’ in a setting that questions your very identity.

The wheels of change grind very slowly. For many conservative religious people, someone who identifies as LGBTIQ and ‘Christian’ still remains an oxymoron, someone they think who has made a ‘lifestyle choice’ that is against their understanding and interpretation of the Bible. In these settings, the fear and distrust of a community has already condemned that person.

As I have observed my social media feed over the last month of Australia’s Marriage Equality ‘debate’, I am hopeful in that there are many more folk who are seeking to understand, read and educate themselves – they are eager to ask questions and listen to the many stories. I am also discouraged by so much misinformation and continued acceptance of “ex-gay therapy” by religious and political leaders that hold influence. Like a friend of mine says, “Ex-gay therapy and homophobia are like the oxygen in these settings. There is no true welcome there.” If you are an LGBTIQ person in these places, please be careful, they are not safe.

We made a choice to sell and leave our home and place of belonging. It hurt like hell. Yet it holds no comparison to the momentous grief for people like Harry. They most often have had to leave the places of spiritual belonging by no choice of their own. By their very identity they have become the scapegoat that carries a community’s angst and phobias under the guise of orthodoxy and dogma. The place they had loved so deeply is no longer safe.

This blog post is dedicated to the ‘Harrys’ of the ecclesiastical zoo all over the world. It is dedicated to the many people whose stories of heartache have pierced my own heart and who I am honoured to call friends. I want you to know that there are many who see you and who love you … just the way you are. I want to acknowledge the grief you have had to face in leaving behind your spiritual home. I want you to know that your tears have not gone unnoticed. Your lament is heard, I believe in the highest heavens, and the One who became the ultimate scapegoat stands with you on the margins. You are the prophetic voice of protest to a religious world that lost its way when pursuing its ‘rights’ became the focus, instead of the Gospel. You are brave.

It took Harry several years to recover from what he had to walk through. But Dr. Seuss was right, he did find new places to go – places of true welcome and embrace. He did find safe spaces and friends, communities who shared his faith. He did find skilled counsellors who listened and walked with him as he chiseled out a path for a different tomorrow. He also exceeded in his studies and chosen career. He is still with the one he fell in love with all those years ago. Harry is proof that life can be gut wrenchingly hard and life can also be beautiful.

Do not give up, dear friend. There are places you must leave and grieve – and these places do not know it yet, but the loss is ultimately theirs. There are also many new and amazing places and people that await your arrival … Oh The Places You Will Go … 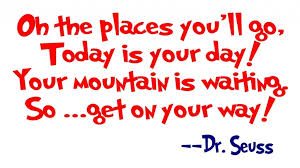