“Monsters exist, but they are too few in number to be truly dangerous. More dangerous are the common men, the functionaries ready to believe and to act without asking questions.”
– Primo Levi (Holocaust Survivor) – 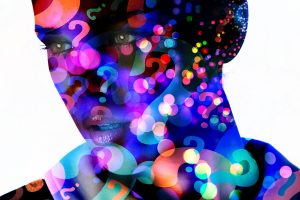 Primo Levi did not consider himself a hero for surviving Auschwitz. Like other survivors, he had seen and experienced too much. He was one of only 700 survivors of more than 7,000 Italian Jews who had been deported to concentration camps during the Nazi regime. Upon his release in 1945, he began writing about his experiences. In a heartbreaking interview he reflects on the cost of not asking questions and of doing as you are told without really understanding. In Nazi Germany, the cost was millions of lives. “Shutting his mouth, his eyes, and his ears, the typical German citizen built for himself the illusion of not knowing, hence of not being an accomplice to the things taking place in front of his very door.”

Questions are dangerous things. To question means that we are prepared to engage in the risky task of letting go of what we thought we knew and to admit not knowing. Perhaps that’s why ego is one of the great barriers to questions. In a society that often prides itself in the pretense of knowledge, questioning has fallen out of favour. We no longer see the value of questions or we have been told to avoid them (such as in some cult or extremist religions). Yet questions are the key to innovation and growth. Questions can change our world. Never stop asking questions.

Not only do we need to learn to question again, we also need to consider changing our questions. If our life decisions and choices are consistently detrimental to our well-being, then perhaps the problem is the lack of questions prior to making these decisions? Or maybe we are asking the wrong questions? This was the advice from one of my favourite high school teachers. He seldom provided answers when I was stuck in the complexity of learning. Rather, he would challenge me to ask different questions. Most of the time it was the uncomfortable process of stepping out of a pre-set paradigm in order to ask those questions that then provided brilliant answers. Claude Levi-Strauss says, “The scientist is not a person who gives the right answers, he is the one who asks the right questions.”

Social change, transformation, innovation and the growth of companies and industry has often been the result of a single question. For example, “Why can’t I have the photo immediately,” was the question of a 3-year-old to her father, Edwin Land. The result of that question was the invention of the polaroid camera. “A beautiful question is an ambitious yet actionable question that can begin to shift the way we perceive or think about something – and that might serve as a catalyst to bring about change,” writes Warren Berger in his excellent book, “A More Beautiful Question: The Power of Inquiry to Spark Breakthrough Ideas.” But like Primo Levi points out, often we are conditioned not to question – and that has to do with power.

Berger writes, “To encourage or even allow questions is to cede power.” If you take a look around you at social, religious or political settings that are dying and filled with fear you will find a common denominator – they have shut down questions a long time ago! If you are employed in a workspace or living in some form of community that treats questions with fear and paranoia, you will be unable to live authentically and you will stop growing. Questions are the fertiliser for the seeds that lie dormant in your heart.

So, friend, what are you facing right now that needs a new set of questions? What are you afraid of right now that needs you to let go of the safe harbour of certainty so you can go into the uncharted waters of questions? Where are you gagged right now from asking questions? Why are you allowing that setting to silence you? Not to question preserves the status quo. It is time for beautiful questions and to allow your inquiry to unsettle assumptions, a sense of ‘stuckness’, and of fear … it is time to grow! Ask!

“Are we too enthralled with answers? Are we afraid of questions, especially those that linger too long?”
– Stuart Firestein –

2 thoughts on “Maybe You Are Asking The Wrong Questions?”