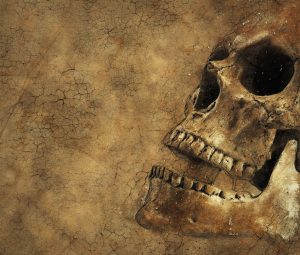 My sprightly father has been researching the price of funerals in the Sunshine Coast. Or should I say, he has been exploring the cheapest possible way to dispose of his body when he dies. His Melbourne plan to donate his body to research at a local university was sabotaged when we moved to the Coast. Never fear, he just discovered that he can save a whopping $2,000 by using a funeral home near Brisbane and he reported his finding to me with a smug sense of satisfaction! As you can tell, I grew up in a home where we talked about death. It was as natural as talking about life. I only discovered that talking about death was a social taboo when I moved to Australia, and strangely enough, especially in church.

It remains somewhat of a mystery to me why people avoid this subject at all cost. Last time I checked, the death rate of Homo sapiens was pretty high – sitting very close to 100%. Death is inevitable. Considering this, why wouldn’t we ensure that we have a will in place (no matter what age) and clear instructions for end-of-life care? “DO NOT RESUSCITATE”, for example, has been emphasised to me by my father. If he could, he would have that clause tattooed on his forehead. I know it’s hard, but we need to talk about our mortality and death with our loved ones.

Our society’s strange avoidance of death is really quite insane. It seems like we fear death so much that we have convinced ourselves that by not talking about it we can dodge it. Anyone grieving the loss of a loved one in such a cultural “Truman Show” is normally met with awkward comments, a change of subject, or, a total lack of contact and care. By refusing to see life and death as part of the human existence we have created hell for those touched by death. 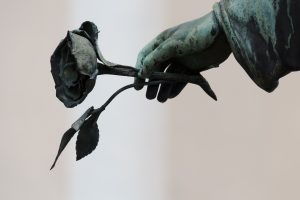 One of the most famous historians of death, Philippe Ariès, claimed that death became a shameful scandal in modern society, that the dying were hidden away in hospitals and that grieving survivors were silenced to repress this scandal of death: “We ignore the existence of a scandal that we have been unable to prevent; we act as if it did not exist, and thus mercilessly force the bereaved to say nothing. A heavy silence has fallen over the subject of death.” Ariès is amongst a growing chorus of voices calling on society to stop this nutty denial and recognise and humanise death, “Death must simply become the discreet but dignified exit of a peaceful person from a helpful society that is not torn, not even overly upset by the idea of a biological transition without significance, without pain and suffering, and ultimately without fear.” Ignoring our mortality does not make death go away, rather, it creates even greater fear and hysteria about this unavoidable life event.

Looking back it also seems rather strange to me that for the many years I spent in church I only ever heard one whole sermon dedicated to death and preparation for dying. I know not all faith traditions avoid the subject, but in the Pentecostal/Charismatic scene a sound theology of suffering and death still remains fairly undeveloped. In fact, talking about death in these places is taboo. An almost superstitious-like fear hangs in the air, coupled with an often over-emphasis on healing (understood in the limited context of physical symptoms), miracles and positive confessions. The disappointment that an individual who had invested into this ideology encounters when touched by death or suffering cannot be understated. It can take someone years to recover from the toxic idea that God has let them down or they did not have enough ‘faith’ to avoid disaster.

My life and the life of our family was irrevocably changed with the sudden death of my mother in 2007. She played a key role as a very loved matriarch in our family structure. Her absence is felt to this day. C.S. Lewis wrote a most poignant journal where he recorded the death of his beloved wife, Joy, in A Grief Observed. He writes, “Her absence is like the sky, spread over everything” and “The death of a loved one is like an amputation.” So I am not for a moment suggesting that talking about death is easy. The very idea of losing the people we love is too sad for words. Yet life requires us not to ignore its partner, death. If the consequences of someone’s absence are so monumental and devastating, we have to be able to talk about our mortality and the decisions that await us or another person in such a tragic event.

Friend, take courage. We do not have much say into life choosing death as its partner. We do have a choice about ensuring that we have things in place for our departure. We also have a choice to talk about death, to discover the wishes of loved ones, and discover the details surrounding wills, accounts, legacy plans, etc. The stories we hear of the distress of people left in chaos when this unpleasant topic has been neglected should be enough to convince us that it is time to defy this silly social taboo and become vocal about mortality. Life is a journey, so is death, and both need our attention.

“End? No, the journey doesn’t end here. Death is just another path, one that we all must take. The grey rain-curtain of this world rolls back, and all turns to silver glass, and then you see it.”
– J.R.R. Tolkien “Return of the King” –