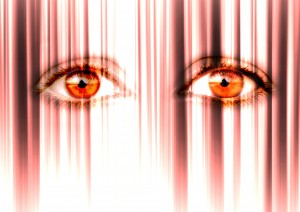 Anxiety disorders are one of the most common class of mental disorders, affecting a large percentage of the general population. There are six main types of the disorder, including post-traumatic stress disorder,phobias and panic disorder, and they tend to be more prevalent in women than men. Anxiety disorders affect 9.7% or 1.3 million adult Australians, from all walks of life. The causes of the disorder are likely to be complex. However, assistance and recovery is possible with specialised treatment, education and support.
It is most unfortunate that even in this day and age, people with mental illness remain stigmatised around the globe. This stigmatisation can result in sufferers not seeking the professional help that is available because of the fear of rejection. It can also result in misdiagnosis and mismanagement: Misdiagnosis in not taking the symptoms seriously, which in turn results in mismanagement, as there is a reluctance to investigate the symptoms fully.
Religious ideologies have played a major role in shaping the values and morals of many societies, including perceptions about mental illness. It is sad that patients who come from religious backgrounds are often the ones who fail to receive proper medical care. Although modern Christianity has taken some steps forward in recognising and addressing mental health issues, including anxiety disorders, there is still a long way to go in recognition and education, as well as in discarding the tendency to blame the victim. 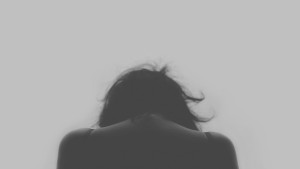 My experience with anxiety and anxiety disorders has been fairly minor and I operated out of sheer ignorance for many years. However, a few years ago my daughter developed an eating disorder, something which goes hand in hand with anxiety (an interview with her will be the focus of the next blog post). Suddenly, our family was confronted with the relentless torment faced by so many people suffering from anxiety.
In retrospect, I would also say that my mother, who passed away suddenly in 2007, suffered from undiagnosed anxiety disorder all her life. As a young child she vividly recalled the horrors of World War II – running to the bomb shelters, the sounds of Gestapo boots, and her balcony being blown off by a bomb. Unfortunately, the hyper-vigilance that was part of her everyday life and pointed to post traumatic stress, remained untreated. Anxiety disorders only began to be recognised in 1980.
Last year, I had to face  anxiety in my own life, which was a result of bullying. Anxiety is difficult to describe. Everyone experiences it differently. For me it felt little like being hopelessly tossed around by a giant wave, unable to gain footing or control, feeling like I will never come up for air. I recalled the naive ideas I held over the years and the imbecilic comments I had made – they came back to haunt me!
In this blog post, I simply wanted to present a short introduction to a disorder that affects so many people. I want to make it very clear that I am not a therapist and I am only blogging my own observations and experiences. The advice I would give to anyone suffering from anxiety is to seek professional help. You would think nothing about taking yourself to the hospital to have a broken arm tended to. Please do not allow perceived or self-stigma from seeking treatment and a better quality of life.
To the family members and friends of people suffering from anxiety disorders, and anyone in a position of influence (social, religious, etc.), please do not shoot from the hip in ignorance. Educate yourself about issues surrounding mental health and anxiety disorders. Keep updated and informed. Consider the words that come out of your mouth and be especially careful about silly, religious cliches, that are often simply recycled, ignorant ideas from someone’s book who holds no qualifications. Instead, read some of the excellent and researched resources available and become proactive in establishing a safe and informed support system.
I finish with the words of blogger Heather Rayne:
“Living with anxiety and/or depression can feel like constantly trying to climb out of a deep, muddy hole with an armful of sandbags. Everything seems so much more difficult – even getting out of bed in the morning can be a monumental feat. The simplest tasks can be a dreaded challenge. Nobody wants to feel this way. And they are not doing this TO anyone. It is happening TO them and sadly, others are caught in the crossfire. But eventually the bullets will stop flying, the smoke will clear and blissful, fulfilling lives and relationships could appear just beyond the horizon. Together, it can be reached.”
Next Post: Tash’s Story – Recovering from Anxiety and Eating Disorders.

5 thoughts on “Let’s Talk about Anxiety”