“This is the reason I created the circle of trust – so we can discuss these things.” – Jack Byrnes 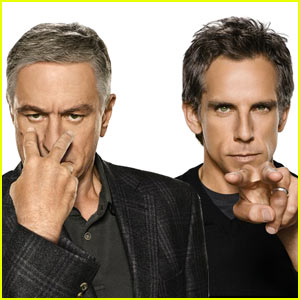 What are your favourite movies? You know, those movies that you’ve watched a hundred times but if someone suggested a night that includes red wine and that movie, you would cancel the meeting with royalty to be there! One of mine is Meet the Fockers. There are many reasons why I like this film – the uncanny resemblance of the different family dynamics is uncomfortably familiar and similar to those of my partner’s and my own life. My mother could have embodied Barbara Streisand 🙂 For us, it wasn’t even a comedy – it was the story of our lives.

Jack Byrnes’ (Robert De Niro) insistence of establishing an exclusive “Circle of Trust” that is built on a very fickle set of rules, bullying tactics, and paranoia is a most interesting study in human relations. He obviously does not believe that Gregory Focker is a suitable groom for his “first-born” and threatens him with the removal from the “circle of trust” – “and once you are out, you are out – there is no return.” Ouch! Poor Focker.

Now I do not want to condone Jack’s bullying, manipulative power tactics – BUT Jack has a lesson for all of us. We all have a “circle of trust” or “club membership to our life story” – people who through history and relationship have an elevated position in our lives. We listen to their voices, even when they are long gone, and we take their advice far more seriously because they have impacted our lives in some way or another. Often this is a very positive exchange. We can all think of people who have contributed to our identity in meaningful ways. People who have added to the hopes and dreams we have held. People whose values and ethics have aligned with our own, creating a sense of belonging. Take the time to remember them.

And then there are the others …!! The people who have an elevated access to our lives because of friendship, work association, faith community or family relationship, and who routinely through their words and actions undermine us and compound a problem-laden story-line in our lives. People who break the “circle of trust” not just once or twice but who are consistent in that form of negative behaviour. Perhaps, like me, you tend to put up with this much longer than you should?

I don’t assume to know your story, but one of the reasons I have tolerated this in my life is that I was operating under the false idea that to be a “good Christian” you have to allow people to treat you like shit and then forgive them. Now there’s a lot to say about the journey of forgiveness – perhaps for another blog post. But often in religious circles, we are told we are “loved” and that we “matter” – and we drink the cool aid. So then when abuse happens, we cannot believe that we have been treated that badly. It creates a sense of unreality, confusion and we simply do not trust our perception of the situation – so we stick around. It’s called cognitive dissonance – we are holding two contradicting beliefs. On the one hand, we are told that we are loved, yet on the other, we are treated terribly by those who profess that love. When you go to confront it, you are met with passive aggressive smiles and denial that again throws you into confusion and anxiety. Don’t be surprised that this form of gas-lighting is often rampant by the power brokers of organisations or family units. We may feel powerless caught in such a circle – like Greg Focker.

We may need a neutral or impartial person to come alongside us and help us recognise what is actually going on. When your trust has been badly violated over a long period of time it helps to talk about it, recognise it and build a preferred story-line where the perpetrators are, in Jack Byrne’s words “removed from the circle.” Trust is one of the most precious components in relationships. It is an unrealistic expectation to think that no one we are in relationship with will break our trust, or for that matter, that we won’t break the trust of someone else. However, there is a massive difference between breaking trust, owning it, and providing the hurting party with an unreserved apology, and a pattern of abusive behaviour that consistently breaks our trust and spirals us into anxiety.

We also have to identify and own our complicity in often enabling a toxic circle of trust. Most of us would have played a part of controlling such a circle at some stage or another, often with good intentions. It starts in kindergarten. We form circles with people who think like us, look like us and believe like us. Like Jack, we have prided ourselves on being the guardians of such a circle and have contributed to a plethora of dogmas and policies to hold it all in place. When people don’t measure up they are ousted and become part of the throng of exiles who simply could not fit in. I stand guilty as charged.

So, dear friend, we can take many lessons from Jack Byrne and his circle of trust. Let’s take a good look at whether we are playing a role in a toxic circle that is harming people’s lives. And let’s also consider that healthy circles of trust play a crucial role in relationships. We actually have a choice about whose ‘voice’ we will elevate in our lives. You have that choice.

So, dear friend, take a leaf from the life of Jack Byrnes and choose the Fockers in your circle carefully. Live your rich and multi-faceted life with gusto! xx 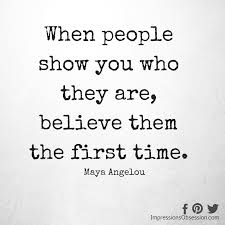