“There are different kinds of justice. Retributive justice is largely Western. The African understanding is far more restorative – not so much to punish as to redress or restore a balance that has been knocked askew.”
-Desmond Tutu – 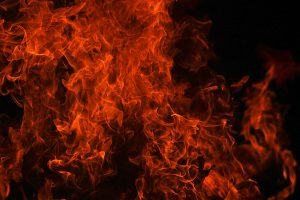 I still have an email sent to me by a religious leader who was horrified when I first began to publicly express my doubts about some interpretations of hell. The email was well-intentioned, I am sure. He outlined a couple of the actions of world dictators whose corrupt tenure had caused tremendous suffering, gratuitous violence, and the loss of thousands of lives. “Do you think that a just God would simply forgive these people without judgement?”, he wrote. “Of course not. A just God is compelled to serve justice on behalf of the victims.” He then concluded with several Scriptures and a sincere hope that I would see how ‘dangerous’ my ideas were.

I heard his frustration. Retribution has made the known world go round. The ‘Just War Theory’, built largely upon Christian philosophy, is an example of our desperate need to justify retaliation. Some wars have been remembered and deemed ‘noble’ because the punishment was ‘needed’ and therefore going to war was thought of as ‘honourable’. We live by the stories we tell ourselves. We also live by the stories we are told – the history and culture that has shaped our way of thinking. Retribution is one of them. If someone has done something wrong, they need to pay for it. We may deny the thought that we embrace the notion of ‘an eye for an eye’, but the ardent belief in an eternal hell and a ‘loving’ God that sends our enemies there, begs to differ!

So, I ask myself honestly, why do humans hang on to the idea of hell with such fervency? To say, “Well, the Bible says so,” I find simplistic and hypocritical. The Bible provides all sorts of directives but we pick and choose what we believe based on many things, including our worldview and the stories that accompanied us through life. Nowadays, most people find the idea of slavery abhorrent, but I could argue a fairly strong biblical case that supports slavery. People did it for centuries. No, we choose to cling to the idea of hell, told and retold through myth, philosophers, artists, zealots, and theologians, because hell, in a sense, provides relief from the overwhelming sense of injustice that we often experience in this world.

Retributive justice is an addictive cycle. The story of punishment and vengeance is glorified and trumpeted with loud overtures wherever we turn. No wonder it has made its way into our theology – our way of thinking about the Divine. We want God to be like us – to hate all the same people we do. After all, is God not the avenger of the innocent? One who threatens us with hell in order to change our behaviour? Some theologians speak about ‘the fall’ of humanity, of the ‘total depravity’ of humans, how are ‘hearts are deceitful’. These dogmas are in line with retributive justice: the offender is defined by deficits and therefore ‘worthy of punishment.’ And, just like in retributive justice, the criminal justice system (in this case, God) controls the ultimate punishment of the crime and criminal … Eternal Hell.

When people have been wronged, and for many people the effects of the wrong are so traumatic and dominant that it has made life very difficult, retribution is a glimpse of hope. It offers a vague promise of gaining some relief from the pain they bear every day. If that person also holds to a relentless hell narrative then retribution becomes a lot more significant – it is possibly eternal, not just temporary. So hell does not just serve the ‘ruler’ as a form of behaviour control, it also serves the ‘ruled’ because it holds the assurance of justice that every human being craves.

Perhaps your hackles are raised just reading this? Perhaps you feel very uncomfortable as we poke around a deeply embedded storyline? You may have many questions right now … Or you may feel hope? The thought that perhaps the idea of hell, just like the wizard of Oz, is a tired old concept hiding behind a lot of puff, smoke and zealotry.

So if we choose to believe in ‘hell’, how else can we understand it? Can we free ourselves from the haunting of hell? And what about justice? And what the Bible says? Is there another way forward? I believe there is …

“An eye for an eye only ends up making the whole world blind.”
-Attributed to Mahatma Gandhi –