“The path to paradise begins in hell.”
― Dante Alighieri – 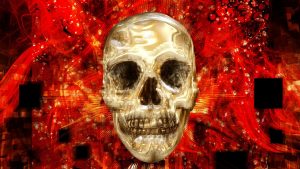 There’s a room in my life where hell sleeps. Sleeps every so lightly. And over the last few years, it often awakens, moving swiftly through the corridors, to be part of the many conversations I have had with people whose life narrative has been haunted by hell. This haunting has been informed by culture and history, and we can trace some of it back several centuries to an Italian poet called Dante Alighieri.

Dante lives on in the hearts and imagination of many. “All hope abandon ye who enter here,” he wrote on the gates of hell in ‘Inferno’ (The Divine Comedy). And with it, he set into motion a set of consequences that would outlast him for generations. For hope, it seems, has been abandoned by many who have been haunted by hell. How can you have hope when fear, shame, and paranoia are the ghosts that hell sends to silence all sense of joy and dreams for the future? For those who have had hell weaponised against them by religion, suffer from a common side effect – the feeling of not ever being worthy as a human. For how can you feel ‘worthy’ if nothing you do seems to satisfy the insatiability of the fear of eternal flames?

Fortunately, I never heard of the concept of hell as a child, except through the dark fairy tales of Brothers Grimm. I was first confronted with the controlling force of a hell ideology when I ventured into a church as a teenager. An apocalyptic fervour was the heartbeat of that particular faith community. This fervour is replicated in so many evangelical spaces to this day and it is the driving force behind colonising missional endeavours. Hell was and is the fear and focus of those consumed by ‘saving’ people from ‘eternal damnation.’ ‘God is a loving and merciful God, but he is also a just God – and a just God will send you to hell if you don’t believe right and accept Jesus …’ This line, in its diverse versions and enunciations, has been thundered from pulpits and peddled through diverse forms of communication, continuing to scare and scar people of all ages. Nobody wants to burn in hell …

What is often forgotten is that there was very little agreement about the concept of hell amongst Christians before Dante. Jesus’ obscure references to Gehenna, a place on the outskirts of the Old City of Jerusalem where trash and bodies were burned, was coupled with Dante’s poem and used effectively by the Protestant reformers of the 16th century who found the idea of purgatory unpalatable. Judgement and eternal torment at the hands of a ‘loving and merciful God’ awaiting all those who were not ‘born again’ became the preferred option. Years later, this concept continues to terrorise and terrify untold numbers of people. Hell has been taught as a reality to little children – I cannot even begin to tell the stories of what that does to a child’s sense of self … the constant terror of an angry God, stoking a fire, waiting for them to misstep. One of my regrets in life (and I have many) is that I became part of a religious tradition that held to Dante’s idea of hell. I wish I had had the courage to express the doubts I felt about this doctrine years ago.

It is interesting to notice how hell (or its equivalent) has been used as a means of control throughout history, especially by religion that, more often than not, seems to be in the guilt and shame producing control business. Hell has origin narratives in ancient mythologies of the underworld, travelling through Greek and Roman mythology such as Hesiod’s ‘Theogony’, Virgil’s ‘Aeneid’, and Ovid’s ‘Metamorphoses’, to feed Dante’s imagination and that of medieval theologians. It has morphed and changed and strengthened through the Reformation and continues to pour out of all sorts of religious institutional thinking to this day. Like Jon Sweeney points out in his book, ‘Inventing Hell‘, the modern ideas of hell hold most common threads with Dante’s ‘Divine Comedy’. It makes brilliant Italian poetry, but horrible Christian theology. But people continue to be haunted by this poem, believing it as truth, because to deconstruct such a deeply embedded idea is … well, it’s hell!

So, dear reader, have you experienced the Haunting of Hell House?

How has it affected your life?

And are you okay with the ramifications of being haunted by hell?

Who introduced you to it … and before you say ‘The Bible’, take time to really think about that.

Why do you hold on to it?

What value does the idea of hell hold for you, if any?

Perhaps it’s time to look into the history of hell and consider its journey into modernity and into your life?

People are, however, beginning to change their minds about hell. But let’s discuss that in the next post … 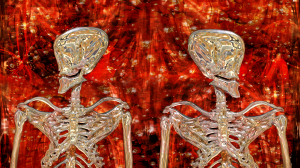