“Today, in our “shut up, get over it, and move on” mentality, our society misses so much, it’s no wonder we are a generation that longs to tell our stories.” – Elisabeth Kübler-Ross, On Grief and Grieving –

It was a Sunday morning in 1997. The 31st of August, to be exact. I was attempting the impossible: clothe three rocket-charged children for church. The TV was blaring in the background when the reporter’s words sunk into my tired brain – “Princess Diana, her boyfriend Dodi Fayed, and the driver, Henri Paul, had all passed away following a horrific car accident in a road tunnel in Paris.” I sat staring at the TV, stunned … then the tears started.

I cried for days. Every day I felt stupid for my inexplicable sorrow for a person I did not know personally. I wept through her funeral, as her boys walked behind their mother’s coffin, heads bowed, their grief visible to the world.

Everyone had an opinion, not just about her death, but about the mass outpouring of grief. Here in Australia, two radio hosts suggested that the grief was ridiculous as none of us knew Diana. Our grief caused confusion. Why did her death affect us all so much?

Since Diana’s death, many celebrities and icons have left us. Most recently, we awoke to the devastating news of nine people who died in a helicopter crash. The victims included basketball legend, Kobe Bryant, and his daughter, Gianna. Yet again the tears were flowing … and yet again I heard the frustration as people tried to explain or justify their grief.

There are many, many reasons we grieve. Grief, in and of itself, is a huge burden – a guest that arrives unannounced and, often, unexpectedly. Grief barges in and takes over the dinner party we are hosting in life and it cannot be ushered away. When we attempt to justify or belittle our grief, it becomes all the more burdensome and belligerent.

I look at life as a narrative tapestry and that tapestry will have grief intertwined in so much of the picture it weaves. Grief is a ‘normal’ part of existence. There is no need to always explain its presence (unless, of course, we are particularly interested in studying our grief to understand our story a bit better). We owe no one an explanation for the tears that may fall for whatever reason.

Grief is best handled with care and tenderness. As you open the door to its loud, incessant knocking, invite it in, sit with it, offer it a cup of tea, listen to the story it wants to tell you. What is your grief telling you about what you value in life? Slowly we can learn to listen to grief, instead of those who find our grief awkward and personally challenging, and therefore attempt to silence it (and, yes, many of those endeavours are well intended … but good intentions are not necessarily ‘good’!) Sometimes it is helpful to ask, “What is it about the grief you observe in my life that challenges you so much that you feel a need to silence (mock?) it?” … It is surprising how that shifts the focus of the conversation.

Then there is the whole notion that we should not grieve those we do not know personally. What a predicament! So here is a thought, icons like Diana or Kobe or Robin Williams or Prince, etc, etc, may represent a dream or a hope that was written into our life story. There was something about their story that resonated with ours. For example, for many young people, growing up in less-than-ideal circumstances, there is a memory of joy and stability that came with the gathering of the neighbourhood clan every afternoon to play basketball. Young players would plant their feet, jump and shoot yelling, “Kobe!” They were mimicking and honouring someone whose life inspired theirs. So, in a sense, Kobe became the neighbour, the family member, the brother, the source of inspiration in a bleak world, that they loved and looked up to. The loss of Kobe feels like the loss of a loved one because for many that’s exactly what he is – a loved one.

The death of celebrities is also a reminder of our own mortality and our attempt to come to grips with life’s impermanence. Freud said that the ego cannot imagine its own dissolution. Our heroes, in our eyes, are often ‘immortal’, so their death is all the more confronting as we face our fears of loss.

Ultimately, grief is all about being human. We live connected lives. We have the capacity to empathise with other people’s suffering. Grief is a dominant colour painted all through the human history mural. So next time you feel burdened by the need to explain or justify your grief, ask yourself ‘Why’? If it simply a response to shame and embarrassment, perhaps it’s time to dismiss those demands? The presence of grief needs no justification. Humans are shaped in a way that leads us to seasons of mourning and lament when we encounter loss. So let the tears flow freely, dear friend, and listen to grief’s stories, for this too, is part of life. 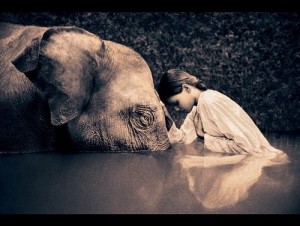