Odd, how life makes twists and turns. I never would have guessed that I’d end up where I am now, but I wouldn’t trade it for the world. I wouldn’t trade this path I’m on for the whole solar system, for that matter. If I’ve learned anything these last several months, it’s that sometimes the most scenic roads in life are the detours you didn’t mean to take.
– Angela Blount – 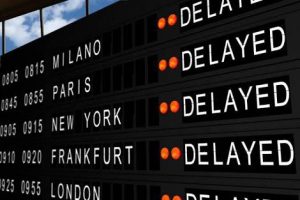 I was meant to fly back home to the Sunshine Coast yesterday. The alarm went extra early to ensure that we could negotiate Melbourne’s traffic mayhem, and get to the airport in plenty of time for my 10am flight. But, alas, even at 6.30am the freeway had already ground to a standstill. My quick thinking partner took a detour, weaving in and out of tiny streets through sleepy suburbs. Then the phone went with a text message. My flight had been cancelled. I tried to call the airline to change to a different flight and was placed on ‘hold’. We listened to repetitive announcements and the jingle of ‘hold’ music for over an hour. By the time someone eventually picked up we had just arrived at the airport.

The person on the line was not helpful. Referring to the airline as ‘they’ it became obvious that the delicate job of dealing with irritated customers had been handed to some contract group. They showed no mercy. No, I cannot catch another flight that day as they were all fully booked! No, they won’t allow me to detour via another major city! No, they do not compensate in any way or form. You have to find your own accommodation. By the time I put the phone down I was in a frightful fury and we took the long trip home – stopping for strong coffee, as it was too early for wine!

After I managed to downgrade my feelings towards a rude airline encounter from ‘cold hatred’ to ‘loathe entirely’, it occurred to me how much of life was represented in those few frustrating hours. We plan our life journey: how we will travel, what we will do when we get there, and the people we will meet and greet … and then we wake up to life with all its detours, congestion and cancelled travel plans. Have you noticed that? 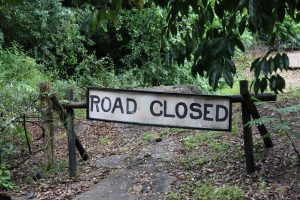 Sometimes life feels so congested that we need to be reminded to breathe. We frantically look for a different way and venture on a random detour through uncharted territory. Our congested, helter-skelter life has flung us into some unknown suburbs that we have never heard of or thought we would visit – perhaps an oncology ward? Or an interview for a totally different career? Or surrounded by strange tribe of people that quickly become friends and people we love deeply.

There are times we are caught totally unaware. We thought we were bound for an exotic destination, only to have our dreams and hopes ‘cancelled’. We furiously dial the ‘God’ line – but it feels like God has placed us on hold and taken a liking to elevator music!! We desperately look around for a comforting word from the people around us, but they have been kidnapped and replaced with distant, look-alike cousins that mouth robotic, religious cliches that once held meaning.

Life is full of congestion, detours and delays. To expect anything else is to live with constant disappointment or frustration. It is not a matter of whether you will encounter these travelling companions but rather a matter of where and when. At any moment, life can grind to a total halt and we sit on the freeway and wonder whether it will ever go back to ‘normal’ – whatever ‘normal’ means. We cannot force things to start moving again, we just need to sit and wait. What a terrible dilemma for all of us addicted to our own adrenaline in a hurry-sick, congested world.

So I was stranded yesterday. I treated myself to a pedicure and read my ‘Slow‘ magazine. Sitting in the corner of that bustling little store I remembered to be grateful. It was a begrudging sort of gratitude at first, but gratitude nonetheless. As I leant into breathing, being mindful and grateful, I reflected on my life. My whole life has been a set of detours, congestion and delays. I have walked paths I never dreamt of walking, I have met people I never thought I would have the privilege of meeting, I have been in spaces that were thin places – and so many of these encounters happened because of … you guessed it – detours, congestion and delays.

Most of the time we do not know why life can get so awfully complicated. We feel helpless and vulnerable when circumstances come into our lives that we have no control over. But there are a few things we can do. We can remember to breathe. We can practice mindfulness. And we can be grateful. May your delayed, congested and detour-filled life also be filled with unexpected joy, a sense of purpose, wonder and gratitude, dear Pilgrim.

2 thoughts on “Congestions, Delays and Detours!”