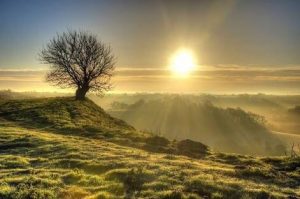 I was confused. This cannot be happening. They are lying. They have to be lying. If they are not lying then what I believed with such fierce devotion was a farce! What can I believe now? If I had the words back then, that is pretty much how I would have summed up the moment when I realised Santa Claus was not real! My young four years of firmly embedded belief in a man with a white beard and red jumpsuit that brings presents just came crashing down like a Jenga block tower.

Our childhood ‘Santa Claus’ moment repeats itself throughout our lives. Nowadays, I call it ‘waking up in the Matrix’. If you have seen that famous movie, you know that it is the moment that Neo decides that knowing the truth is more important than living the comfortable illusion – he takes the red pill and begins to see the Matrix for what it really is. Once you see, you cannot unsee … 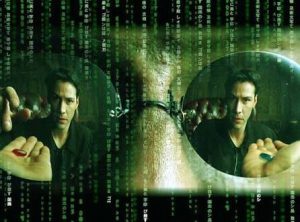 For people of faith, waking up in the Matrix, can be a most difficult process. The moment we realise that our lived reality is not always connected to our tightly-held religious ideals. Perhaps it is because so much of what has been called ‘faith’ is actually fear: fear of losing our faith, fear of an angry God, fear of ‘hell’, fear of falling down some ‘heretical’ rabbit hole of no return, fear of not measuring up …

There is great comfort in the controlled environment of total assurance and absolute certainty. It is a blissful space … blissful until a time of severe suffering and crisis, when in a moment of total openness and honesty we admit that some of the ideas we have been told to believe actually stand juxtaposed to who we really are and what we have experienced. Like frightened turtles we tuck our heads back into our shell and pretend that this is not happening. We keep saying the same things, nodding enthusiastically at the same cliches, desperately wishing ourselves back into the Matrix … but we cannot go back. The gates have shut. Grace has shut those gates.

The second half of life often calls us to put away ‘childish ways’. What has kept us in the first half, no longer sustains us in the second half of life. We begin to wake up to some of our embedded ideals and how they have motivated and shaped us – and some of these we have to let go of. It is a bit like what Jesus talks about in Luke 5 – in order to hold the new wine of the second half of life, you have to have new wine skins. It is the time to ‘fear not’ (mentioned so many times throughout the sacred text). It is the time that you are asked to step out of the boat, like you have perhaps been singing about for decades.

Richard Rohr would say that the first half of life is all about building boundaries and fences that protect our identity, security and survival. These are Maslow’s ‘hierarchy of needs.’ The first half of life is about ego and certitude. It is an important part of development. However, then we come to the second half of our lives, a place where we have to learn to dismiss some of the ‘loyal soldiers’ and where we open ourselves up to the grace of risk, vulnerability, surrender and trust. A place where we can no longer look at the Matrix with blinded enthusiasm.

So to my friends, those of you who are finding that some of what you believed with such fierce devotion no longer holds true to who you are and who you are becoming, let me acknowledge the pain you are experiencing in that disconnect. You feel like you are flying through the air, after letting go of a very comforting trapeze, and praying like crazy that there is something out there to meet you.

For those waking up in the Matrix …

There is a deeper voice of God, which you must learn to hear and obey in the second half of life. It will sound an awful lot like the voices of risk, of trust, of surrender, of soul, of “common sense,” of destiny, of love, of an intimate stranger, of our deepest self … the true faith journey only begins at this point. Up to now everything is mere preparation.

4 thoughts on “Comfort For Those Waking Up In The Matrix”