“The people can always be brought to the bidding of the leaders. That is easy. All you have to do is tell them that they are being attacked and denounce the pacifists for the lack of patriotism and exposing the country to danger. It works the same way in any country.” 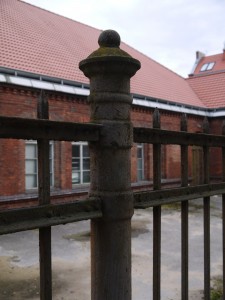 I hate war with every fibre of my being! The nationalistic imagined rhetoric, the meglamaniacal leaders, the terrible suffering and the untold casualties. Tracing my heritage in this beautiful country of Poland, reminded me of some of the horrors faced by the most vulnerable …

They called them the Wolf Children – thousands of orphans left behind in the panic and exodus of East Prussian Germans with the Red Army advancing. There were about 20,000 such children from East Prussia alone, not counting other affected areas. Around 5,000 of these children reached Lithuania where they disappeared into orphanages, families and cheap labour … and there they forgot their names, their language, and their childhood.

Some of the youngest of these are now turning 80 years of age and after all these forgotten years there is a sudden resurgence of interest in the terrible hardship that they faced. Many experienced the death or their parents and their siblings. Many were abandoned. They faced illness, hunger and horrific abuse. Many have blocked out all early memories.

Under fear of persecution, there was no choice of remembering names and language. They were given an alias and that became their reality. It was only after 1990 that Wolf Children were able to freely pursue any memories they had. The support group, Edelweiss-Wolfskinder, was formed to help these now elderly people, who receive a tiny pension from Lithuania and no support from Germany, unless they can prove their heritage. Lack of language skills and education makes this virtually impossible for many of them. 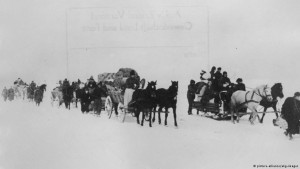 Not all the children made it to Lithuania. Some were put in homes around Koenigsberg (now Kalingrad) by the Soviet military administration from 1946-1947. Later they were transported en masse to homes built for that purpose in the newly established GDR (East Germany). But the children in Lithuania who were too far away never realised this was even an option. Many believed that Germany, like their families, no longer existed. 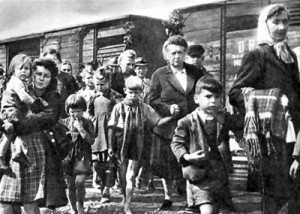 The Wolf Children are a stark reminder of the victims of war. Nowadays people hear their stories and are horrified at the abuse and negligence. However, we need to only remind ourselves that at this very moment we are facing a global crisis of displaced people, mainly women and children, due to war and natural disasters, like we have not experienced since World War II … How will history remember us? We all have a choice in how we respond to the suffering of the traumatised and destitute people that have to flee their countries. May the horrors of history and the lessons they hold not land on ears that have gone deaf because of fear or indifference.