Friends make the world a much better place and when you find a new friend you feel the universe smiling on you 🙂 This is a guest post by a new friend, Tim Carson.

Tim is a writer, musician, holds a D.Min, pastor, traveller, horseman, scuba diver, healer, and when the weather is fair found atop his Indian motorcycle heading into the next liminal space. For a more extensive bio and his blog please follow this link. 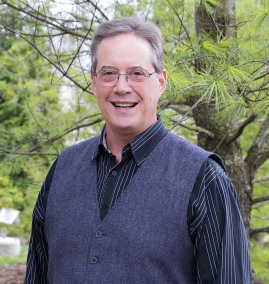 Have you ever felt surrounded? I know I have.

A long time ago I was in Bangladesh and taking a riverboat to travel from the capital city of Dhaka to another part of the country. As a passenger, you move through shoulder-to-shoulder crowds to the landing where the triple-decker ships are lined up. And after you make it to the gangplank you have to find a place on one of the decks, the lower two being open air decks. There are mats everywhere with people camped out as far as the eye can see. The scene is like a gymnasium shelter after a disaster with all the people camped out on cots. It would be like our Room at the Inn except instead of 50 there are 200 campers.

I had never felt so absolutely surrounded and haven’t since. Everywhere I turned there were people. No matter whether I looked before or behind, decks below or above, I was surrounded. There was no escape. And certainly, no privacy.

If you have had a similar experience or even a time when you felt you were under the microscope with no chance of evading the eyes of those watching, you might share some of the feelings of the Psalmist.

The difference is that the Psalmist was not speaking of being surrounded by people. He was speaking of being surrounded by God. This is the hymn to the inescapable God, the all-knowing and all-present God. There is not a place, a time, a word, or a thought that is not known. Regardless of where and when God is in the centre of it, or as the Psalmist says, “You lay your hand upon me.”

There is no suffering, there is no ecstasy, there is no despair, there is no hope without God in the centre of it. So we are never alone. But we also can’t escape, because escaping would mean somehow leaving our own being, our own souls.

This awareness of the inescapability of God may come to many of us: wonder and awe before the mystery of the cosmos.

Or in his words, “It is too high for me, I cannot comprehend it.” It is beyond the capacity of finite minds to grasp the infinite.

This is the story of anyone who dares leave the certainty of the known and entertain the uncertainty of God’s vastness and mystery. What the Psalmist teaches us and what we intuitively know is that there is more unknown than is known. We are surrounded by an all-knowing God even as we know hardly anything. Welcome to the mystery. 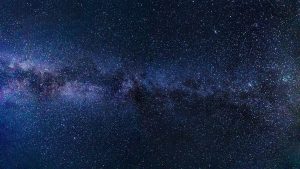 In Biblical imagery, this mystery of God is often represented by the shadows, the darkness, the dark cloud. And mystics through the ages have described it in similar ways, a dark unknowing that is more powerful than anything we do know.

Like the shadows of the unconscious, it is there whether we are aware of it or not.

One of my favourite sayings, one that Carl Jung chose to put on his tombstone, is “Called or not called, God is present.” (vocatus atque non vocatus Deus aderit)

And so the Psalmist is slain by the all-present and all-knowing sacred spirit that animates the cosmos, what physicists might describe as the “field” of energy and forces that sustain all things. Nothing escapes their influence whether we see them or don’t. This is the dark matter and energy that makes up almost everything.

Like Richard Rohr’s now-famous analogy, we are “falling upward” to the mystery of God. Once you let go of your illusions of control and knowledge, you abandon yourself, surrender yourself to the God who knows and loves you before you can possibly know and love God back. That leap of faith – required over and over again – transports us to the realm of God we cannot know in fullness.

Now we only “see through a darkened glass, but then face to face.”(I Cor 13)

And how does the Psalmist describe this? He describes this as the luminous darkness: “Even the dark is not dark to You.”

We’re not just talking about a nightlight in the darkness. No, the darkness is not dark to God because God is in the dark, a part of the dark. God is in the realm of the unknown mystery, the hidden treasures of God. What seems dark to us is not dark to God. Since the energy of God is everywhere God is not limited by our perception of light/darkness.

I want to suggest that the unknown realm of God, the darkness of knowledge in which the treasures of God may be found, is found in that interval between truth and illusion, somewhere in the margins of life. There are the words on the page, the obvious rational meanings, but then there are the spaces between the words, between the letters. If we were speaking of music we would say there is the silence between the notes.

So often the hidden meanings of God are found there, in the margins. Much of the rest belongs to illusion. And here is the secret to walking by faith in these margins: You don’t need to own or control the mystery of God as much as point to it, give testimony to it. “Even the dark is not dark to You,” prayed the Psalmist. In a world of truth and illusion, God’s truth always shines through. But how do we know the difference? Where do we look? In what intervals? In what margins?

One of the most beloved children’s stories of all time was written by the Danish Hans Christian Andersen and is entitled The Emperor’s New Clothing.

Many years ago there was an Emperor so exceedingly fond of new clothes that he spent all his money and time on being well dressed. In fact, he cared about little else.

One day two swindlers came to town and masqueraded as fine weavers and they said they could weave the most magnificent fabrics imaginable. Not only were their colours and patterns uncommonly fine, but clothes made of this cloth had a wonderful way of becoming invisible to anyone who was unfit for his office, or who was unusually stupid.

“Those would be just the clothes for me,” thought the Emperor. “I could tell the wise men from the fools.” He paid the two swindlers a large sum of money to start work at once.

They set up two looms and pretended to weave, though there was nothing on the looms.

As the Emperor sent his emissaries to the weavers to check on their progress they would always remark on how beautiful they were, even though they couldn’t see a thing. They didn’t want to be revealed as fools.

Finally, the Emperor came in to view the new clothing for himself. But looking he couldn’t see a thing. He wondered to himself, “Am I a fool? Am I unfit to be the Emperor?”

And so he said in the presence of them all, “Oh! It’s very pretty. It has my highest approval.” Nothing could make him say that he couldn’t see anything.

Finally, the day came for the Emperor to show his new clothing and the town was all a flutter. The Emperor went to the weavers to be dressed and they said to him, holding up the invisible clothing, “All of them are as light as a spider web. One would almost think he had nothing on, but that’s what makes them so fine.” The Emperor nodded with appreciation.

At that, the swindlers asked the Emperor to take off his clothes and they dressed him in his new specially made clothing.

So off went the Emperor in procession and everyone in the streets and the windows said, “Oh, how fine are the Emperor’s new clothes! Don’t they fit him to perfection? And see his long train!”

Nobody would confess that he couldn’t see anything, for that would prove him a fool, but near the end of the procession a little child said: “He hasn’t got anything on!”

“He hasn’t got anything on!” the whole town cried out at last.

The Emperor shivered, for he suspected they were right. But he thought, “This procession has to go on.” So he walked more proudly than ever, as his noblemen held high the train that wasn’t there at all.

Andersen’s comical story reveals just how we live in an interval somewhere between truth and illusion, and how illusions are maintained in our minds and the minds of entire tribes. Only when we become like a child and look out with innocence and simplicity may we see the truth. Out of the crowd, out of the margins, the shadows, the dark, a lone voice arises and names the truth that has been missed, ignored or even distorted. We live in a world of illusions and the truth often emerges from the sidelines, the odd margins, strange places that seem dark to us.

In just a couple of weeks, we will be re-telling the stories of some other processions of truth and illusion. A humble prophet will ride into the city that kills people like him and then take up his part in some street theatre. His ride will provide ironic commentary in which he rides a beast of burden rather than a chariot of imperial power. The crowds will hail him as king and cast branches on the road in tribute. But what sort of king is he?

Then, just a week later, the procession will turn deadly, winding through the same crowds but crowds who now do not praise but rather mock him. Who is he now? Who are we? What is real and what is not? Where is God, the God we think we have? Where now?

We are surrounded by God and there is no escape. We are known and there is no evasion. The mystery is so high that we cannot comprehend it. We have entered the darkness between truth and illusion. It is the place where we may discover and then pray, “Even the dark is not dark to You.”

“Called or not called, God is present” – Desiderius Erasmus