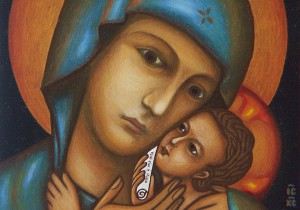 The retail machine is gathering speed with the approach of Mother’s Day. If you have stopped by the consumer caverns recently you might have been overwhelmed with the amount of beautiful cards, fluffy toys, enough slipper options to create severe option-angst and chocolates … so many chocolates. Amidst all the expressions of matriarchal veneration amongst modern day consumers we also have ideologies shaped by the history of religions and discover at times a somewhat hostile attitude towards women, especially amongst the Abrahamic religions. Judaism, Islam and Christianity were constructed in predominantly patriarchal social orders where women played an inferior role stemming from interpretations of the various creation narratives. So, to raise the theological concepts of the feminine aspects of God, in particular, God as Mother, in some setting where people consider themselves Christian and orthodox, will take the nerves of a kamikaze pilot, with perhaps the same outcome. So here I go … 🙂

In Christianity, God the Father has been revealed to believers through the person of Jesus Christ, an image that for many becomes inalterable in how they see God: male. This is the central argument of many Christian scholars who oppose the idea of God as Mother. While Mary, as the mother of Jesus, is considered a superstar by some faith traditions,
especially Catholics, the concept of God as Mother has certainly opened some bloggers to a tirade of hostile responses when they dared to raise it. The President of the Council on Biblical Manhood & Womanhood, Owen Strachan, went as far as calling blogger and author, Rachel Held Evans, a ‘false teacher’ spreading an ‘unbiblical doctrine’, who needs to turn from her falsehood. Why this eyebrow singeing tirade? In an interview  in 2012, she made a one and only reference to God as ‘Herself’, a description that places Evans clearly in the ‘heretic’ box according to Strachan.

Then there are those brave souls who dare to not just suggest the
possibility of God as Mother, but also publish these ideas in a novel, that in turn becomes a bestseller. The Shack represents God the Father as “Papa”, a large African-American woman, and of the Holy Spirit as an Asian woman named Sarayu. The very idea sent som 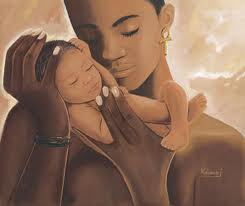 e conservative Christians into meltdown spawning websites of warning of the heretical and diabolical nature of this publication, with frenzied accusations that it promotes ‘goddess’ worship. All this to say that when it comes to the idea of God as Mother, portions of Christianity may have Mama issues.

Despite the Mama angst, Christian traditions also have a historical precedent for understanding God as both Father and Mother. Julian of
Norwich and Hildegard of Bingen both presented a gender-balanced view of divinity. Julian depicts Christ as a feminine and maternal divine figure, whilst Hildegard in her book Scivias, posits a gender-balanced Godhead that can be experienced through its feminine aspects. Hudson argues that both concepts revolutionise the ‘Imago Dei’ into one bearing feminine characteristics and these feminine cosmic
visions hold feminist implications.
It is in the feminist theological tradition, both past and present, where we come to the heart of the search for an embodied understanding of God. A God that can be found manifested in the reality of women’s lives. The central question of feminist theology is: What does it mean to speak of God in the light of women’s lives throughout the pages of history? As Natalie Watson brings out in her book Feminist Theology: Is the Trinity an all-male club or is there room for an understanding of God in feminine relationships that equally affirms relationships between women? As I pose this question, I can only imagine that some readers may have imploded in front of their computers or iPads like the bird on Shrek! However, we must allow ourselves the privilege of critical thought and recognize that these questions are not sacrilege. Mary Daly, the 1970s American feminist, jolts us in the implications of how we answer: “If God is male, then male is God.” If we use exclusive masculine language in our reference to the Trinity, are we not depicting God in a manner that removes women from inclusivity of relationship with and through the divine? 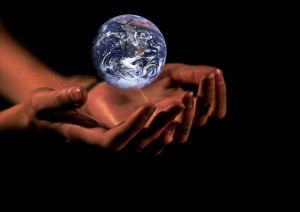 For the more conservative readers who are considering the predominance of God as ‘male’ throughout the sacred text (Father, shepherd, warrior, king, etc.), we can also not negate God as Sophia: the wisdom of God. There are also many Scriptures providing a feminine face of God. The Catholic theologian, Elizabeth Johnson, assumes that all human language of God is symbolic anthropomorphisms and therefore even the analogies of God as ‘male’ are not normatively privileged. If we consider this assertion and that the God of Christian faith traditions transcends gender, culture, age, then surely our language depicting God should not be restricted to just male terms?

In many modern faith traditions, we are observing a slow exodus of women from the church. Women are increasingly disenfranchised with church hierarchy and antiquated gender roles that stem from various interpretations of the creation myths and a perception of God as male. Jann Aldredge-Clanton argues that Christianity itself is at stake unless we begin to find ways of speaking of and understanding God that includes female, male and all of creation in new and empowering ways. I tend to agree with her. As I observe my own fiery female offspring, it becomes abundantly clear that this next generation does not possess the level of tolerance to a faith that suppresses women through its theology and that gives no recognition to the feminine in the divine.

Mother’s Day is fast approaching. Maybe it is a day that is celebrated with great gusto in your life. Or perhaps the day is shrouded with grief or disappointment. In faith communities, we spend a lot of time discussing the love of Father God, but we neglect or ignore the images of God as Mother. Yet a Mother’s love is the wonder and marvel of poets, philosophers, writers and artists … May we take time to consider this Divine Love and may it bring us Shalom. 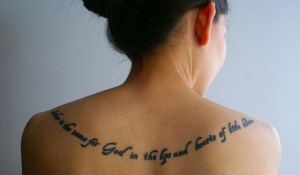