“Each member (of society) must be ever attentive to his social surroundings – they must avoid shutting themselves up in their own peculiar character as a philosopher in their ivory tower.” Frederick Rothwell (H.L. Bergson’s Laughter, 1911)

For anyone who has ever attempted to learn a new language, you may have found that exercise both frustrating and intriguing – so many ‘rules’ that have ‘exceptions’! As a young German migrant child, I was fascinated by the English language and the many new phrases, metaphors, and expression I learned when we moved to South Africa. To this day, as someone who also loves and studies history, I often find myself asking Dr. Google the genesis of a word or phrase, especially when I am encouraged or accused of something using a metaphor – like “living inside an ivory tower.”

Someone told me that I was living in one of those ‘ivory towers’ many years ago. A disgruntled parishioner who did not appreciate the hours of work I put into trying to resolve their issue. Well, at that time I was still operating from a blind, privileged, fundamentalist, hierarchy power structure – a structure that found it unfathomable to consider that a person – not a priest, pastor, therapist or politician – is the expert of their own story. An ideological domination structure whose embedded splinters I still pick out of my psyche from time to time. Anyway, back to this mysterious ivory tower …

Historians tell us there was never such a thing as an Ivory Tower. It was always a figure of speech. Towers throughout time were considered defensible, fortified structures, “rising above the normal surface of things …practical ways of distancing inhabitants from mundane human affairs.” They were concrete displays of religious aspiration. Ivory was considered something exotic, so costly it could only be turned into a work of art or aids to worship.

One of the first mentions of ivory towers is in the Bible: “Thy neck is as a tower of ivory; thine eyes like the fishpools in Heshbon” (Song of Songs 7:4). The Odyssey (Bk 19, 560-569), quotes Penelope, “Those dreams that pass through the gate of sawn ivory deceive men, bringing words that find no fulfillment. But those that come forth through the gate of polished horn bring true issues to pass.” The figure Mary, mother of Jesus, in the Litany of the Blessed Virgin Mary (the Litany of Loreto) references her as, “Mystical rose, Tower of David, Tower of Ivory, house of gold…”

Over time the Ivory Tower became a symbolic space of retreat and solitude. It was a feud between poets that drew the ‘living in an ivory tower’ expression into a negative notion and by the 1930’s it had become a politically charged. It became a pathological place. Today, anyone living in an ivory tower is held with certain contempt and distrust. Ivory Tower Dwellers are thought to have an attitude of superiority, divorced from reality and the rawness that is known as life.

Ivory towers do become strongholds. They become a place of privilege and entitlement. They delude Tower Dwellers into thinking this is the real world, the true world – I guess in a sense Ivory Towers are the set of the Truman show. They keep those who dwell in them from reality – a huge moat of wealth, power, fear, superstition and dogmatism bolstering the separation. So what would cause anyone who has fallen under the spell of the enchanted Ivory Tower to wake up to the delusion? Normally freedom comes with one human story at a time.

You see, that disgruntled parishioner all those years ago woke me up from the slumber of certainty. It wasn’t her hostile words, but her life story that caught my attention. Suddenly some of the ideas that I had fashioned and formed so carefully in that tower, surrounded by people who thought exactly like me, was found wanting in the light of her story. A little splinter entered my heart that day, a splinter of grace and providence. It would take many more of such encounters to free me from the illusion held in Ivory Towers.

The Ivory Tower begins to crumble like a Jenga tower when we recognise our human connectedness. Herman Melville wrote, “We cannot live for ourselves alone. Our lives are connected by a thousand invisible threads, and along these sympathetic fibers, our actions run as causes and return to us as results.” John Muir said, “When one tugs at a single thing in nature, he finds it attached to the rest of the world.” The way we connect is by recognising the fear that keeps us removed from others, by learning to listen: “The most basic and powerful way to connect to another person is to listen. Just listen. Perhaps the most important thing we ever give each other is our attention …” (Rachel Naomi Remen). Listening to each other breaks down barriers.

So, friend, perhaps we need to face the hard truth that in some ways we all live in ivory towers of our own making? Perhaps some have taken shelter in Ivory Tower organisations that provided a sense of safety and security – but it is time to step out again? Ivory Tower Dwellers stagnate, and fear and paranoia creeps in, feeding our sense of elitism or ‘specialness’. We adopt cult-like thinking and mannerisms. Stepping out of our towers can be terrifying. And then we look up … to a world that is so much bigger and beautiful than we ever thought possible. The Ivory Tower is recognised for the childish notion it is. Our life and our story becomes connected to the many colourful stories of people around us. And after a while, we look back and realise that we have been forever changed one human story at time. 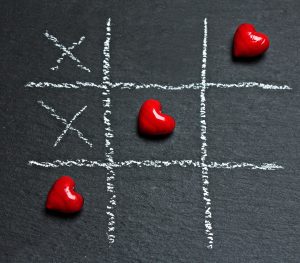