The blog posts that follow are my contribution to this book. 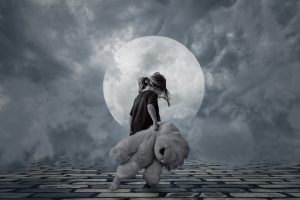 The questions that started to arise brought with them red-hot anger. Hindsight is helpful. I now realise I was disappointed and disenchanted. When there is a head-on collision of values that have been denied, a deconstruction of idealism that had to do with identity and belonging, and a deep disappointment of personal and community expectations, anger is often the prevalent emotion and lead member of the ‘rescue team’. Ironically, with this anger, I faced the dilemma that the emotion of anger is shamed in religious spaces where being ‘nice’ is a virtue. The niceness culture in some parts of religious institutionalism is as caustic as rat poison mixed with icing sugar. It breeds shallow relationships that are held in place by the fear of judgment.

My inner torment was amplified by the fact that critical and robust dialogue was often interpreted as negative, and everyone was terrified about being ‘negative’. I had very few safe places or people with whom to process my questions, doubts, and thought processes. Pentecostals, in general, hold to a triumphant happiness theology. The rhetoric from pulpits is one of ‘victory’, ‘triumphs’, ‘breakthrough’, ‘better’, and ‘greater’. It is a victory over negativity, poverty, sickness, anxiety, and depression. The result is that anyone who is unable to live in that suspended, Eden-like utopia is considered with caution. When I began to raise some of the doubts I was wrestling with, I recall being asked by one church leader whether I had adopted a ‘new kind of spirituality’. It was a question that silenced me for a few more months. Institutions of any kind tend to guard the structure of certainty over people. It can become a dangerous place for anyone who has begun to fall down the rabbit hole of questions, and who has started deconstructing embedded dogma.

At the end of 2010, I resigned from a prominent role as Associate Pastor. I was terrified. It was a massive step made far more complex as my husband would continue to serve as Senior Minister for the next six years. My decision to step away from the high-profile role was complicated. Perhaps I can simply say that I fell out of love with certainty addiction. The black and white absolutism required of leaders in conservative religious institutions was something I could no longer hold on to with any form of integrity.

My self-assured stance on life and the world had been shaken and found desperately wanting. Perhaps, with a bit of fierce intentionality and some open conversations, my continued dislocation from the community would have been salvageable. However, in the words of Frodo Baggins, “How do you pick up the threads of an old life? How do you go on, when in your heart you begin to understand there is no going back?” There is no going back once you wake up in the matrix – and, more importantly, once you begin to engage with people who have been shunned by some of these very institutions that I have been part of and helped to build.

The last blow to what was left of my extravagantly structured system of certainty came via a very familiar medium: stories. It started with conversations and friendships amidst LGBTIQA+ people of faith several years prior to my resignation. Since then, I have listened to many people who have had to navigate exile from their homes or faith communities based on their gender identity or sexual orientation. I am indebted to them. They opened their hearts to me, and through their vulnerability, they opened my eyes to a dominant, patriarchal system of ideas that cloaks itself as orthodoxy and truth amongst religious institutions. The stories were hard to hear. The cruelty and brutality so many faced in the name of God was unfathomable. I realised that I had supported, enabled, and helped build a ministry within a wider religious structure that was responsible for causing much trauma. My own blind privilege had not even considered those who were suffering. It is so easy to de-humanise another when you are removed from their pain, ignorant of their plight, and assured of your own ‘truth’!

My eyes were also opened to the effect that ex-gay practices had on people. It is a deeply embedded ideology that is built on the assumption that there is something intrinsically ‘broken’ about anyone who identifies as anything else other than heteronormative. This ideology (and the practices/rhetoric that it enables) is as common as oxygen in conservative religious settings. It is driven by the idea that a person can be healed from their ‘brokenness’ and live a ‘normal’ (aka straight) life. However, some conservative religious communities have now conceded that this ‘healing’ is unlikely (No Shit, Sherlock!!) The latest form of ex-gay torture is to require LGBTIQA+ people to remain celibate. The toll of this torment and quackery is hard to put into words – anguish, disillusionment, mental health issues, and suicides. The day will come when the modern, conservative church has to face the reality of what this ill-informed dogma has done to people.

For me, there came a day when I was asked to talk about the trauma I had observed in the last several years amongst LGBTIQA+ people of faith. I could no longer remain a silent, horrified witness. So, I agreed to be interviewed on Melbourne’s JOY FM (April, 2015) – and all hell was unleashed.

The hysteria that unfurled was spectacular. The interview even managed to raise an extreme right activist out of retirement in order to write one more newsletter to his faithful followers – an e-mail that mysteriously made its way to many of our church parishioners. He demanded that my husband should keep his wife ‘under control’ – a violent rhetoric that seemed to find support from many others based on the e-mails and letters we both received. After several unpleasant confrontations and conversations, I became hesitant to darken the doors of the church. Until that day I had a lot of sympathy for people who found their lives dominated by anxiety, but this was the season when my sympathy became empathy. I had never known the crippling effect of anxiety until I became the focal point of the angry religious faithful. My earnest prayer became, ‘Lord, save me from Your followers.’

Once you break any sacred tribal rules of conduct and belonging, you often find yourself at the blunt end of a tribe’s most devastating weapon – shame. Elizabeth Gilbert writes:

The interview created the final rift. Friends I had known for years stopped speaking to me. The pain was overwhelming. I let go of the trapeze bar and found myself free-falling into a liminal space … (to be continued) 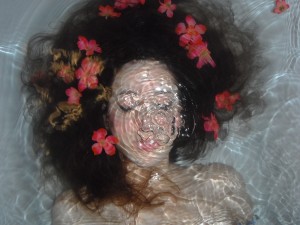