“Once you label me you negate me.” Soren Kiekegaard 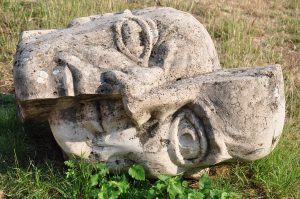 Sometimes they just creep up on you, don’t they? The associates of Prejudice never sleep. A few years ago, I was travelling home on the train after a very long day at work. I was forcing myself to stay awake even though I was exhausted, mainly because I became concerned about someone I caught sight of out of the corner of my eye. He sat diagonally opposite me in the row behind. I could make out some of the tattoos on his hands and arms. A hoodie covered his head. In a nanosecond I had him boxed and labelled. Stereotyping does that to us. It always brings out stupid.

As my train pulled into the station, I got up and stood at the doors. Just like every other train traveller I imagined that this action alone would magically speed up the disembarking process. I felt a tap on my shoulder. It was my labelled hoodie friend. “You dropped your phone,” he said and handed me my device that, like most of us, contained my life. I looked at him and thanked him, got off the train and felt as guilty as hell. In one fell swoop, I had placed him in the ‘troublesome’ category merely by the way he looked and what society had dictated to me about people who have tattoos and wear hoodies.

History reveals that we deal harshly with those who we consider ‘other’. Fear of what we do not know or understand has allowed humans to do unspeakably cruel things to each other. Ignorance is the foundation of this fear. Throughout history, ignorance has fuelled wars, division, shunning, and persecution. Yet today we have knowledge and information at our fingertips and ignorance still lives on. So perhaps we have to acknowledge that part of the problem of this fear and prejudice is simply a refusal to engage in critical thinking? In other words, when we have been told something about someone or a people group, we take that as truth and we are too lazy, or perhaps comfortable, to engage in robust dialogue or to challenge our own perceptions.

Stereotyping does great harm. Ask any religious, cultural, or racial minority in any society. This past week I listened to some Sudanese young people share about the effect of stereotyping on their lives and the lives of their families and community. I also listened to the rhetoric of a person who, because of some strange regulations found himself in government with 19 votes (those 19 votes obviously gave him enough confidence to stereotype religious minorities), advocate for a white-only immigration policy and make use of the term ‘final solution’ in reference to the people group he just marginalised. Another hatted politician defended this man’s speech as ‘absolutely magnificent’ and then added ‘he’s smart, but he hasn’t read all the history books.” No shit, Sherlock! Maybe he should before engaging in such damaging, lazy stereotyping!

Yes, Stereotyping has a twin – Laziness. And we don’t need to look far to see evidence of these toxic twins at work. If we pay attention, we will hear or observe ourselves sometimes engage in their slander. Or we just need to look on social media! The amount of alarming ‘fact posts’ on Facebook or Twitter, like “I can’t believe it, *insert name or minority group* drinks pig’s blood, flies a broom at midnight, and persecutes the religious pious”. Beneath the posts are all the outraged comments. Then someone finally actually researches the claim. “Hang on,” they write, “that’s not true. *Insert name or minority group* actually is vegan, sells brooms for a living, and is a person who believes in religious freedom.” But it’s too late – Laziness and Stereotyping have done their job, deepening the prejudice that already existed.

Social psychologist Claude Steel says, “Stereotypes are one way by which history affects present life. I often say that people experience stereotype threats several times a day. The reason is that we have a lot of identities – our gender, our race, our age. And about each one of those identities … there are negative stereotypes. And when people are in a situation for which a negative stereotype about one of their identities is relevant to the situation, relevant to what they’re doing, they know they could be possibly judged or treated in terms of that stereotype.” So what do we do? Just accept stereotyping as a way of life? Allow our minds the luxury of laziness as we assess other humans? Maybe the first step is to recognise that stereotyping is harmful.  The second is to realise that our brains can be lazy and we can easily accept stereotypical claims and assertions without a second thought. Perhaps by practicing a bit of mindfulness and critical thinking we can take some steps to resist and reclaim our lives from these obnoxious twins?

Maybe it’s time to slow down and consider our ways? To stop and think before we engage mouth or keyboard and consider how what we are about to say or do will affect other people’s view of that person or minority group? I am more convinced than ever that the only way forward for our fragmented world is to challenge Laziness and Stereotyping and engage other people with understanding and kindness. But someone already said that a very long time ago … “The greatest of all is love” … maybe we just don’t always believe that? 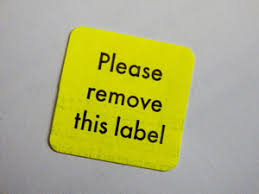