“Life just doesn’t care about our aspirations or sadness. It’s often random, and it’s often stupid and it’s often completely unexpected, and the closures and the epiphanies and revelations we end up receiving from life, begrudgingly, rarely turn out to be the ones we thought.” – Khaled Hosseini – 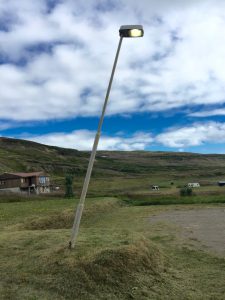 Iceland has become one of my favourite places on the planet. My partner and I had the privilege of circumnavigating this magnificent piece of terra firma last year (I kept some travel reflections – Part One starts on this link). We hired a 4 wheel drive that took us to some of the more remote areas where we crossed streams that totally disregarded the ‘road’ and held our breath while ascending and descending the terrifying steep cliffs on either side of fjords.

The Westfjord of Iceland does not see that much traffic. The bulk of tourists stick to the Golden Circle down south. It was my turn to drive when we explored this exquisite area. Even though I was driving on the ‘right’ side, which is actually the ‘wrong side for us Aussies, it was a fairly easy, serene tour. We noticed a small guesthouse with a “Sorcerer’s Cottage” sign and out of sheer curiosity drove into the empty, small carpark. And, yes, it was in this desolate carpark that we actually argued about where to park… long story. So out of sheer irritation, I reversed back to a spot suggested by my partner and that’s when I hit the lamp post.

Now you need to understand that this was THE only lamp post, not just in the carpark, but probably for miles and miles around. I managed to hit that one and only lamp post in what felt like all of Iceland! The lamp post, like a soccer diva (player), did not just absorb the small bump and hide my embarrassment! No, it shuddered, and began a slo-mo lean, creaking dangerously, as if to lament the fact that it had stood there for decades and now a stupid tourist has brought about its demise. I was mortified.

A woman walked on to the porch of the guesthouse, presumably the owner of the guesthouse and therefore the lamp post guardian. She just stood with her mouth open. When I eventually ceased the long flow of descriptive German words and cracked the car door open, she uttered profundities, “Why would you hit the lamp post when you have all this carpark and the surrounding fields to park in?” It was a vexing question. A question that, gauging by the conversation that followed, never really was rewarded with a satisfactory answer. Simply because in life there are days when you will defy the law of 99.99999% possibility and hit a lamp post in the middle of nowhere.

The rest of the day was ruined for me, even though I was surrounded by the most stunning vistas. I was dreading the Icelandic powers-that-be to banish me from their northern kingdom or to receive a ginormous bill to run a new power line stretching for hundreds of kilometres in order to erect a new lamp post. But it turns out that Icelanders do not just have a wicked sense of humour, they are also very kind. I never heard another thing about that lamp post. I know it would not have survived the ordeal. 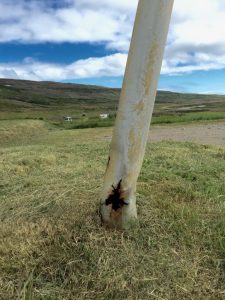 Friend, in life there are days and seasons that feel like Iceland Lamp Post Moments. One moment we are neatly tucked away in our part of the world, minding our own business, the next moment we are surrounded by drama through a most bizarre set of circumstances. We can beat ourselves up, question the lamp post gods, fret over the cosmic injustice that allows us to be part of the 0.00001% of people that back into lamp posts in the middle of nowhere … or simply embrace life with all its strange lamp post moments.

Embracing lamp post moments is not easy. Trust me, you are talking to a lamp post anxiety expert! We have to change the narrative about how we view those moments and seasons – something like, “How gifted am I to have hit the only lamp post in Iceland!” Now some would call that delusion, I call it survival with style! In all seriousness, I will never forget our fantastic Iceland getaway … and I have a lamp post to thank for that! 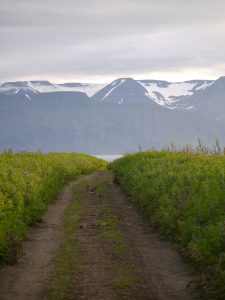