Dedicated to all the Ferals out there xx

I found tears running down my face as I read this blog post. It was not because I was particularly sad, for that matter. It was because Colin Coward (author) was able to eloquently articulate something that resonated so deeply with me. Thank you, Colin, for your permission to publish your post. Please find the link to his blog and much more information here. 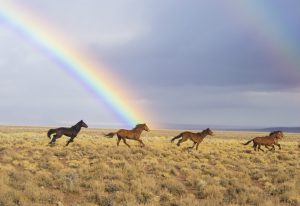 ‘On 13 January 2019, the Observer published an interview with Casey Gerald, a black, gay, handsome, 31-year-old American of whom I’d never heard. The interview marked the publication of Gerald’s first book, There Will Be No Miracles Here. The full-page portrait and the title of the book encouraged me to read the interview. I underlined a quote: “I do believe I have been put on this planet to do real work but my priority is to be well. If I’m well, everything I do will be well.” I had been having a very similar thought that very week.

Towards the end of the article, a TED talk he delivered in 2016 is mentioned: The Gospel of Doubt. I watched the talk. He begins with a flashback, the end of the world on Millennium Eve when he was in church with his grandmother praying for the Rapture. His account is very, very funny and the talk is powerful. I was hooked. I bought the book. The book, too, is very funny. A quote on the cover by Colm Toibin says it is ‘Urgent, mesmeric, soaring, desperately serious, wounded, and at times, slyly, brilliantly comic … electrifying’. Indeed it is.

I’m still reading the book and I’ve watched the TED talk again. I’ve been talking with friends and asking questions and doing a lot of thinking. If I find myself, as Casey Gerald writes on page 183, “in a dark confusing period of history, when the gods have ceased to be and the Christ has not yet come and man stands alone,” then, he says, “you will have some sense of how things fall apart and a dim view as to how they might be put back together.”

Since leaving parish ministry in 1995 and more recently, retiring from Changing Attitude three years ago, I have felt more acutely a sense of Christian things falling apart for me combined with a struggle to work out how they might be put back together. One thing some of my friends find curious is why I am still so strongly motivated by a desire that things should be brought back together. We have lived through five decades of Church of England reports on homosexuality, with the current three-year process yet to be completed, and two decades of Anglican global conflict since the 1997 Kuala Lumpur Statement.

Christians are good at conflict and living with disagreement, good or bad, and less good at conflict resolution. The various tribal groupings to be found in the Anglican Communion have been at war among themselves for two decades over people like me, plus my lesbian, bisexual, transgender and intersex brothers and sisters. Christian tribes have been at war over women for longer than that and in past centuries Christians physically went to war, tribal Christian groups against each other, against other faiths and against those they labelled ‘savages’.

I’d label my tribe the Honest to God, South Bank Religion tribe, in which, to quote a past incumbent of my childhood parish church, “I have never felt that intellectual assent to any doctrine or creed is essential to being a Christian. God is all (but don’t ask what that means).” My faith is rooted in my experience of God and the practice of Christianity as exemplified by Jesus focused on unconditional love, wisdom, justice, truth, goodness, self-giving, compassion, and the glory of living. I had felt for a long time that this tribe has become increasingly marginalised in the church. My conversations in London this week have shown me that the tribe survives, and maybe more than survives. It continues to flourish in particular places, but under the radar, no longer valued by a church institution that needs to survive and is desperate to grow and plant.

This week I discovered that parish ministry for many, lay and ordained, continues to focus on people, their lives and uncertainties, sitting lose to creeds and dogma, but deeply valuing the elusive, the mystery, the not-knowing, the caring, open, energised, playful, deep-down truthiness of lives fuelled by prayer.

BEING A FERAL PRIEST

My last conversation was with my spiritual director. He stunned me by revealing that he had returned his Permission to Officiate to his bishop in the autumn, describing himself in the accompanying letter as a feral priest.

The idea came from the title of George Monbiot’s book about the re-wilding of moorland areas – ‘Feral’, Monbiot’s definition of ‘feral’ being “in a wild state, especially after escape from captivity or domestication.” A feral priest is one called by God to escape the captivity of the institutional Church.

My spiritual director has written that as a feral priest he had to learn a different set of skills. He had to learn to place his trust in God where previously the unstated assumption was that he should trust the institution and its leaders. He also had to learn to trust himself, his own intuitive sense of what priesthood meant. He talks about ‘internalised’ priesthood, the state in which he has learnt to trust that because God called him there must be something essentially ‘priestly’ about him.

Jesus, of course, was ‘feral’. He exercised his ministry on the edge of, or outside the religious institution in which he had grown up, and by implication challenged it. Increasing numbers of men and women today do the same, and not just priests, indeed mainly not priests. There are large numbers of ‘feral Christians’ on the loose.

Richard Holloway has spoken about feeling himself to be part of a church ‘in exile’. To be ‘in exile’ in a Biblical sense carries overtones of being cast out against one’s will, excluded from what feels like home, and sent to a place to which one does not want to go and where one feels a stranger. It’s a place of pain. To go ‘feral’ may include experiencing all of the above, but for my spiritual director and for myself, it also means a sense of call rather than exclusion and points to a capacity for freedom and delight in what has been newly discovered.

I am discovering that to go feral is to be following a vocation in which energies are released and visions flow abundantly. I’m discovering Christians with a feral ministry, living under the radar, away from the gaze of bishops who have sold their souls to yet more process and discussion about my sexuality with no commitment to significant change in church teaching and practice. I sense subversion in the air, people, lay and ordained, go ahead despite the bishops’ rules, blessing unconditionally and distributing sacraments lavishly, as is the way of Jesus before he was tamed by the Church.’