I met Katecia (Teash) a couple of years ago. Over time we began chatting and I had the privilege of listening to some of her story of courage, resilience and quiet grace. Today I would like to thank Teash for making time to share some of her life experience for this BLOG post. I have no doubt you will be impacted as you read about her journey. 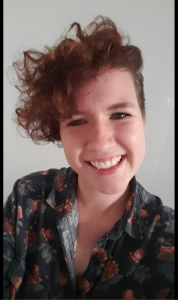 1. Teash, you grew up in a religious setting. Can you tell us a little about your formative years?

Some of my earliest memories are of family and church. As a pastor’s kid, they have always been entwined. I have fond memories of running down aisles, riding a pony as Mary in the nativity play, making clay Bible characters and of trying to sneak an extra cookie at morning tea after the service. Church often felt like a second home. I knew all the hiding spots and I loved all the people. I used to live a block from my church growing up. My brothers and I would often duck past on the way home from school. I distinctly remember running into the church building after school one time when my brother and I were running from kids who wanted to bash us. It was a place of refuge and an enjoyable place for me.

Mum and Dad were quite strict growing up but they were also incredibly loving and encouraging. People often ask what it was like growing up as a pastor’s kid and I never quite know what to say. It was normal for me. I suppose it meant I hung around church more than the average kid. I knew where the cookies were kept and could swing past and utilise the smooth scootering surface in the church hall. At this time, I fitted into the church and its community seamlessly. However, I felt more pressure as I got older to reflect well on my parents as I realised that, unfortunately, people might judge my parents based on how I acted which has, at times, made me uncomfortable.

2. Coming out as gay would not have been easy, especially in a conservative setting. Can you talk about this?

It wasn’t easy. However, I am more fortunate than so many. At the time I had intense anxiety regarding it. If I’m honest part of the reason I came out was that I had anxiety that was causing me physical pain, every day, for several months. I’d been slowly convinced by affirming theology but the move meant that I realised I would probably need to come out. I think if it weren’t for my anxiety I might have waited a few more years. However, given the mostly subtle hostility towards queer people in conservative environments, it’s unlikely I could have emerged from the closet with no mental health issues. I was in so much physical pain from hiding this part of myself that I figured coming out couldn’t be that much worse.

Like so many others, Christian spaces that I had once found so welcoming became harder and harder to exist in happily. People that I looked up to and loved treated me as though I were an entirely different, and less trustworthy, person.

My immediate family has been fantastic and I am so thankful for them. I know how rare their incredible support can be in Christian circles. They may not have always understood but they have always listened and supported and loved me.

I may have been judged by Christians for being gay but I have never felt anything but love and peace from God, fully inclusive of my sexuality.

3. You recently spoke at the “Better Together” Conference in Melbourne and shared some of your faith journey. Would you mind elaborating on this, especially reconciling your sexuality and your faith (which for some may be problematic)?

I was raised in a Baptist church. Growing up in the church I knew what to say and how to act. Essentially, I knew how to fit in. I didn’t know a single gay Christian let alone any other amazing letter of the acronym growing up (at least not that I knew of at the time). What I did know was what I was told: “Christians weren’t gay”. Christians might be same-sex attracted but to act on that attraction was a sin, and if they couldn’t change then celibacy was required. I was a Christian so I could never be gay. It was honestly that simple in my mind. Gay people were them over there and not the people in the pews next to me or eating scones after church.

For most of my teen years, I saw it as a sign of purity and even holiness that I wasn’t attracted to men. The attraction was only meant for your husband, so my lack of attraction to men meant that I clearly just hadn’t met my husband yet.   But slowly that logic fell away as I realised that I wasn’t just not attracted to men, I was attracted to women. I prayed and tried to change it as so many of us do. Unsurprisingly, it didn’t change. I accepted that, until I changed, celibacy was the only option and I realised that I would probably be celibate for life. I told no one because I was ashamed and I knew the grief, shame and even scandal it would cause those I loved.

While this internal conflict was going on, I was an outgoing and enthusiastic evangelical. I was in a senior leadership position at the largest evangelical group at my university. I ran prayer groups and Bible studies and camps.

After realising celibacy was something I would have to do I began googling things such as what does the Bible say about homosexuality? I wasn’t looking for the Bible to say it was okay. I was looking for encouragement in remaining celibate. I had always been told that any theology that said it was “okay to be gay” was very “wishy-washy” and was by people who didn’t take the Bible seriously. In evangelical terms, “not taking the Bible seriously” was code for being a bad Christian. Being “biblical” and taking “the Bible seriously” was code for being a good Christian. But I was surprised by what I found. Being the nerdy art student I was, I figured I’d better research the other side – to refute it as wishy-washy, obviously. Only I couldn’t and slowly and extremely grumpily I found myself shifting over and leaning towards becoming affirming. In affirming theology, I could see myself. I saw myself as a whole and beloved child of God. It was rigorous and thoughtful. It was loving and non-judgemental, and it terrified me.

So I became affirming after a couple of years of study and prayer. I wish I could say it was an easy or quick process. It took time. I didn’t want to be affirming because I was comfortable in my beliefs and my life. I just wanted to fit in and be a “good Christian.” Having affirming theology meant that this was no longer possible for me in many circles. I came out as gay and affirming at the same time. I lost a lot of evangelical friends and I was treated as an outsider in the same evangelical circles that I had once fit in to so well. At the time I thought it was one of the worst things to happen to me. Now I’m grateful that I have sat on the outside because it was the wakeup call I needed to look around and see who else was on the margins with me. I worry that if I’d never been pushed out I might have missed meeting and learning from so many who don’t fit into my old evangelical worldview.

What drew me most to affirming theology was that in it I felt seen, known and loved by God. It also made a lot more contextual and theological sense to me. But most interestingly affirming theology brings me closer to a God who made me, knows me and loves me as I am. 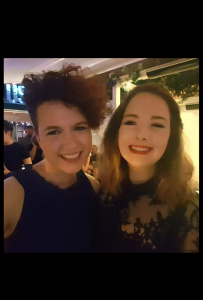 4. When we look back we see a turbulent and painful journey for LGBTIQ people of faith and some of the churches that they were part of. What do you see looking ahead? Is there hope for apologies, forgiveness, reconciliation and a better path?

I think there is hope. I think of myself only a few years ago. I held negative attitudes towards gay people like many other Christians today that contribute to our negative experiences in churches and Christian communities.

The queer Christians and allies I have met all have amazing stories of change: of them being convinced to alter their beliefs and attitudes. I’m given hope every time I see queer Christians love themselves fully. I’m given hope every time I see allies step up and love us as we are. I’m given hope when I remember how I used to think and the hurt I could or may have perpetuated, and how I changed. Looking ahead, I am hopeful, but still aware of the past and the present pain. I am filled with hope but remaining grounded in the reality that we have a long way to go.

There is a path for apologies, forgiveness, and reconciliation, however, as Christians, we need to recognise the harm and grief that we have caused and continue to cause. The church is overwhelmingly viewed as a source of pain and hateful rhetoric for most queer people, and this reputation is all too often deserved. Everything from homophobic jokes to the psychological torture of conversion therapy to the more subtle exclusion contributes to the struggle queer people can face.

When we ‘other’ queer people in large or small ways we are failing in our calling to, first and foremost, be loving, and failing to walk the better path – the path of Jesus. It is hard to expect queer people to remain in the pews when we are often made to feel unwelcome and unloved. Specific effort must be made to undo what we have done. While I think there is hope for a better path, I think we need always to hold the hurt we’ve caused in tension with the hope we hold for the future. We cannot erase the past but we can learn from it and therein lies the hope for a better future.

Teash, our lives are all enriched because you were prepared to share a bit of your story. Thank you so much. 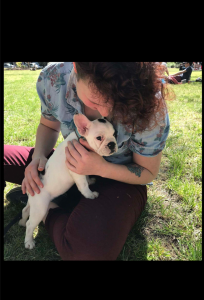 and the Reformation Project